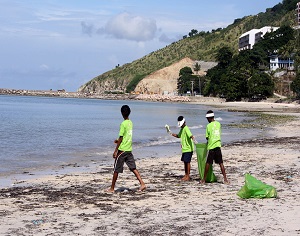 An environmental advocate says designing and creating community based policies is the way forward to save PNG’s depleting environment.

Mathew Karu, Chairman of Mawa Land and Resource Limited, is driving a nationwide awareness campaign in communities not to harm the environment.

Karu says his organisation is breaking barriers, and aims to bring the message to all communities in Papua New Guinea.

He has carried out campaigns in Western province, Madang, Southern Highlands, Western Highlands and Central provinces.

“I want to further my campaign to Bougainville, Manus, New Ireland, and East and West New Britain”, Karu said.

“My aim is to reach all the 21 provinces of the country.”

Karu believes community based policies will solve and save the current problems faced in PNG’s depleting environment concerns.

Mathew hails from Pangia in Southern Highlands but was encouraged to establish this initiative after seeing environment damages done to communities along the Ok Tedi Mine.