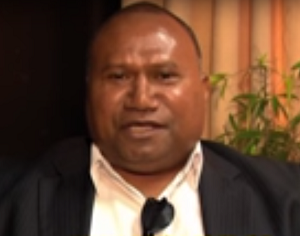 Asylum seekers from the Australian run Regional Processing Centre in Manus Province will not be subjected to further deportation until their human rights case currently before the Supreme Court is fully determined.

Lomai, who is representing more than 300 asylum seekers, sought the injunction after two of his clients who were denied refugee status, were deported to their respective countries without his knowledge.

The two male asylum seekers from Iran were deported to Tehran in the previous weeks, despite a case being brought before the Supreme Court to stop their deportations at the time.

Appearing in court with lawyers for Immigration, the PNG Prime Minister and PNG Government, Lomai argued that the rights of the asylum seekers will be breached if they are deported back to their countries, and that their right to review the decision of the Immigration Minister would be denied and could be lost if they were sent away.

On the basis of those arguments, the court was satisfied that there is a need for an injunction to preserve the status of the applicant’s right.

This means that if the PNG Immigration Department continues to send back asylum seekers against their will, the department will be accountable for directly breaching PNG’s highest court.

Pala: Kavo was Wrongly Advised on Status as Governor