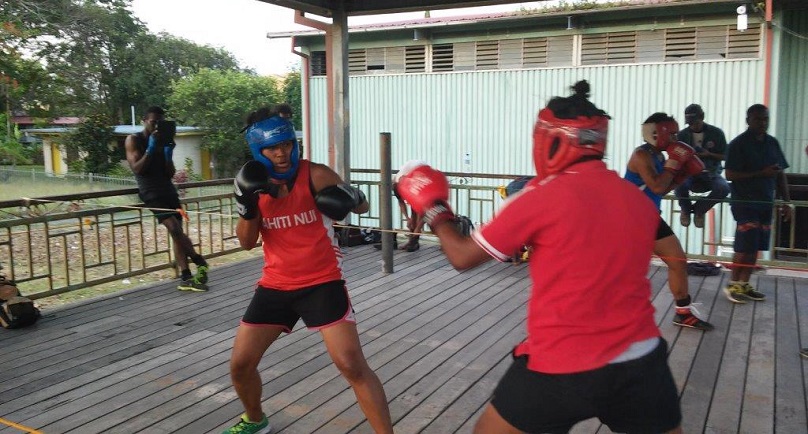 From the densely populated Wanigela Village in Port Moresby, a star rose, once renowned in the sport of rugby union.

Debbie Kaore is no stranger in the world of sport. Charisma, commitment and determination paved the way for her success. The mother of two in her mid-20s is training for the Pacific Games, while tending to her motherly roles as well.

When she was 14, she started her rugby union career and from there on she has represented the country internationally. She once captained the women’s national rugby union team the PNG Palais, taking up boxing at the same time.

As time lapsed, Debbie found her partner and father of her two sons and resorted to parental duties. But along the way was her father, a positive role model who pushed to see his daughter to succeed in sport.

He asked her to go back into the ring and continue her specialty.

As we approach the Pacific Games, Debbie has set targets and restricted herself to training, work and time to spend with her boys and family. Father George Kaore wiped tears away when he spoke about the successes of his daughters, including 2014 PNG Games gold medallist, Raphaella Kaore.

Among all the hype for July, the Kaore sisters are up for a challenge and have vowed not to let their stepmother Georgina Kaore down, as she remains hopeful for a medal from both.