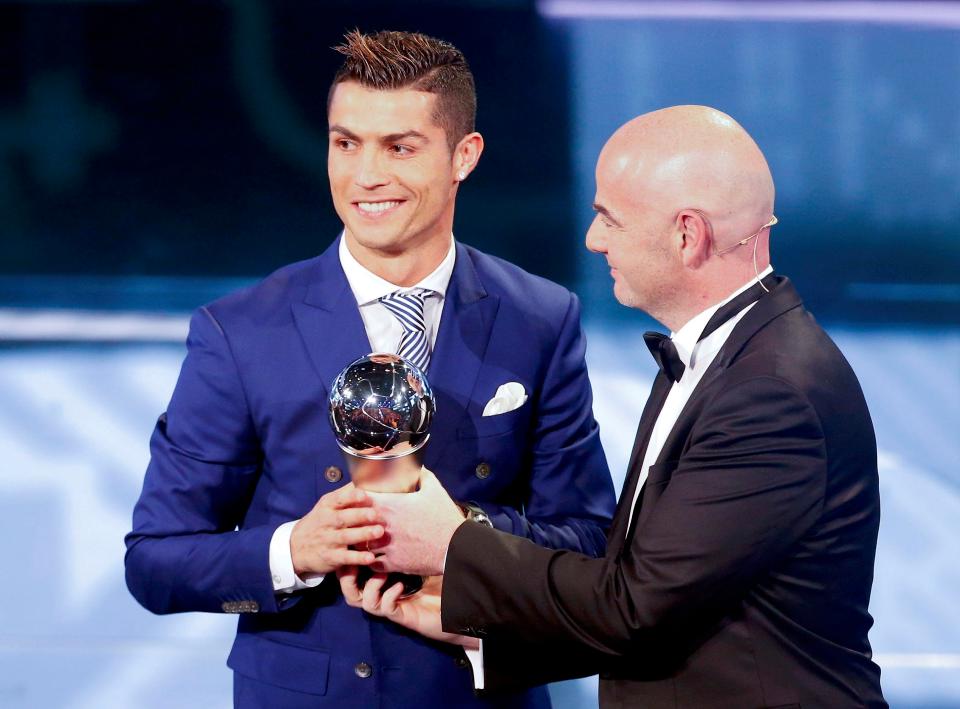 Portugal’s Cristiano Ronaldo is the inaugural Best FIFA Men’s Player for the 2016 FIFA FIFPro World11 as of last Monday.

Ronaldo reached the pinnacle on three fronts: for club, for country and individually.

He was crowned a European champion for both Real Madrid and Portugal, with victory in the UEFA Champions League and UEFA EURO 2016.

And by winning it, he out did 4-time Ballon D’or winner, Argentina’s great, Lionel Messi, who was also in contention.

In the other six categories, Carli Lloyd of USA snatched the Best FIFA Women’s Player while the Best Men’s Coach went to Claudio Raniero of Italy.

In the best women’s Coach Category, Silvia Neid, of Germany was the highest vote getter while the Fair play award went to Colombia’s National side, Atletico Nacional.

The Puskas went to first-time nominee, Malaysia, and the FIFA Fan Award went to Borussia Dortmund and Liverpool supporters.