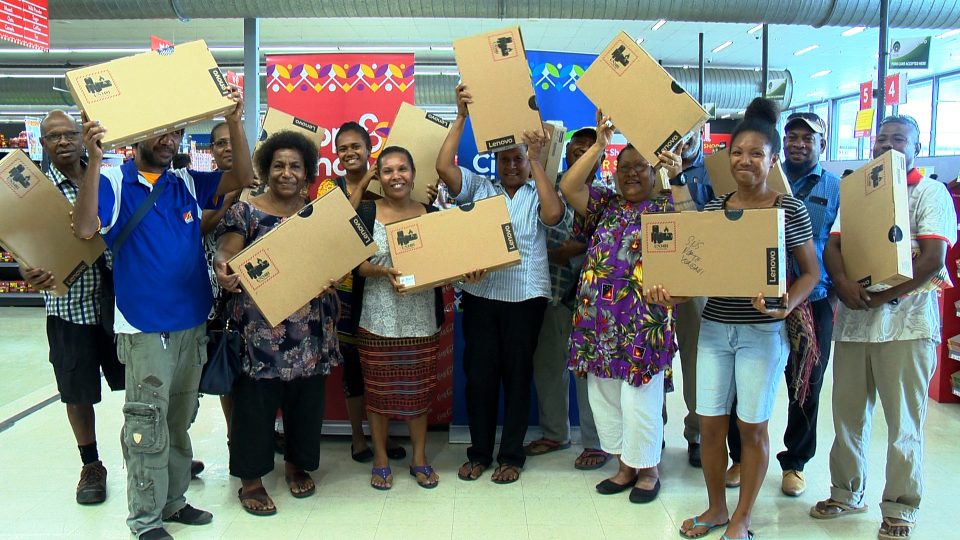 50 laptops were given out to winners of a major nationwide back to school promotion by Stop & Shop, City Pharmacy, Prouds and Jack’s of PNG.

The draw was made last Thursday, and the presentation of laptops to Port Moresby winners was done this morning at Stop and Shop Waigani Central.

14 parents walked away with brand new Lenovo laptops fully equipped with the latest software and programs.

Each of the parents thanked CPL and its partners for giving back to their customers.

Ben Keimali who shopped with Prouds said he spend K600 buying perfume for his children and himself and was happy to be a winner.

All 50 winners, including those from outside Port Moresby, will be presented with their laptops today.

Stop & Shop Marketing Manager Regina Narokobi said that there were a lot of entries both in Port Moresby and outside centres.

Miss Narakobi said that this was one of the biggest promotions CPL has done and the company plans to have more of the same.

Ok Tedi Landowners to be a model in Landowner Royalty Trus