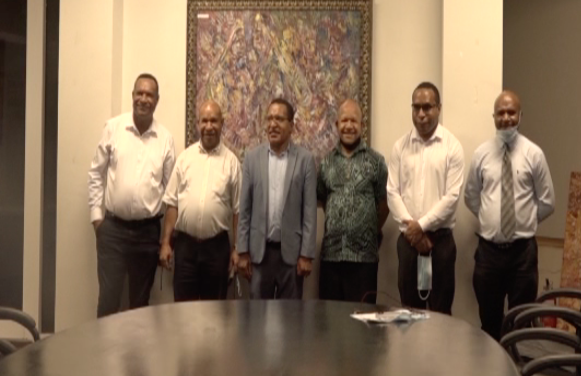 On 19th April Professor Sukwianomb and nine other Council members had their appointment to the University of Goroka Interim Council, revoked by the Minister for DHERST under Section 151 and 152 of the Higher Education (General Provisions) Act 2014.

An application for leave for judicial review by the National Court was filed on the 23rd of April by Professor Sukwianomb.

The Order 16 Rule 3 of the National Court Rules, specifies that “an application for Judicial Review shall not be made unless the leave of the Court has been obtained in accordance with this Rule.”

The language of the Order is specific that the first step is obtaining leave. The National Court found that was not the case which is clearly in breach of the Ruleset out above.

As a result, the National Court ruled that the proceedings do not have the basis in the rules set out above and are dismissed in their entirety.

First Defendant Wesley Raminai on welcoming the Court’s decision said his decision to revoke the Plaintiff’s appointments to the University of Goroka Interim Council was done so according to Law.

“I had consulted State Lawyers before revoking their appointments so I did not make that decision out of the blue,” said Raminai.

Raminai said they (suspended members) have been given specific terms of reference to abide by while under suspension and inquiry is being carried out into their conduct.

“After three months or whenever the inquiry found otherwise, they will be able to continue their duties,” said Raminai.

Chancellor Joe Wemin says “there were certain issues brought to the attention of the Authorities which had resulted in the Council Members’ (mentioned) appointments revoked.

According to Wemin there were allegations made against these Council Members.

Without going into detail about what these allegations were said concerns were raised on how the University has been operated.

Raminai has urging Parents, the University of Goroka’s Staff, and students to work together with the acting Vice-Chancellor Dr. Teng Waninga and Chancellor Wemin to move the University forward.