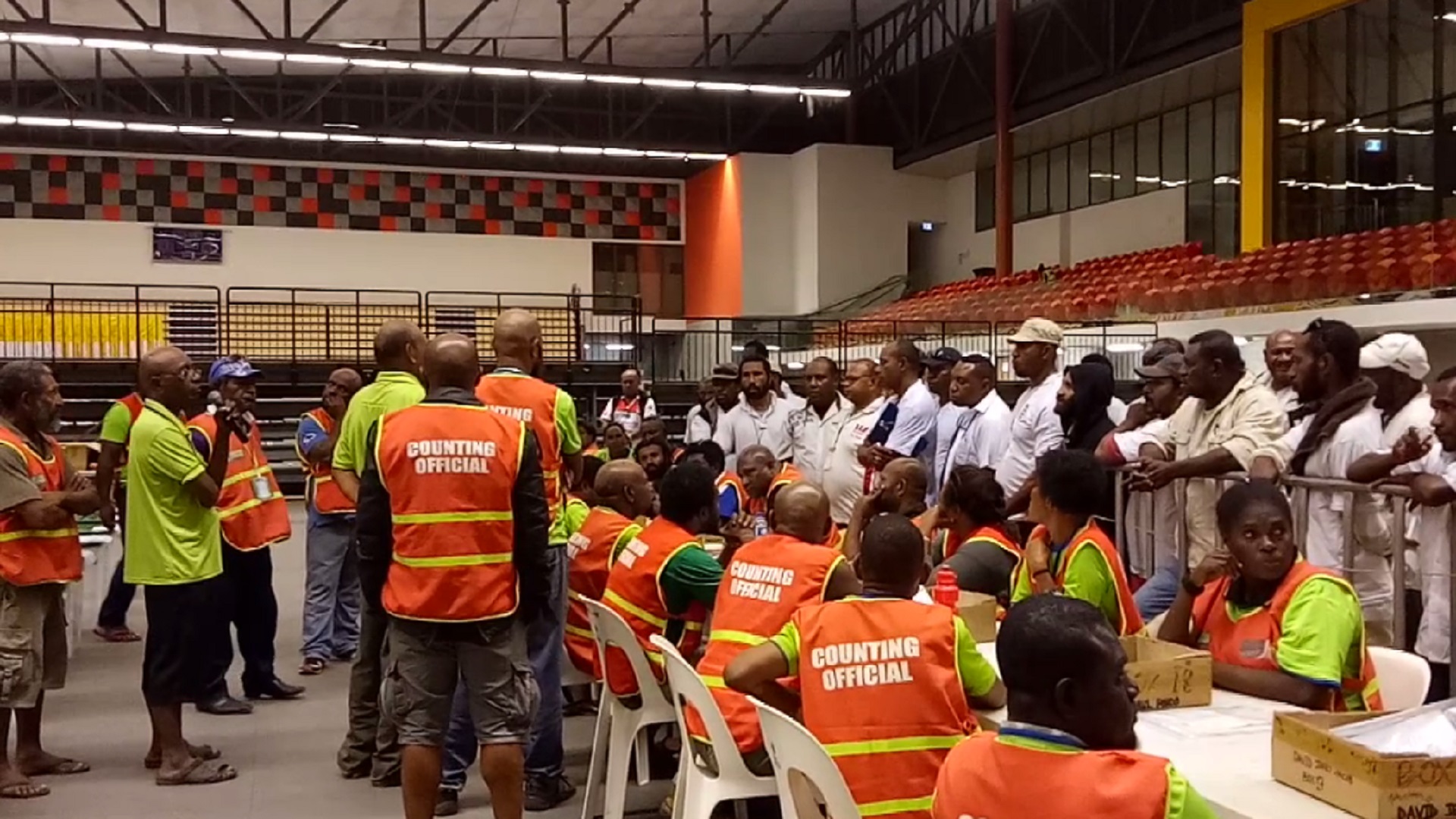 The University of Papua New Guinea students have spoken through the ballot despite being provided less ballot papers due to discrepancies in the electoral roll.

They even had one of their representatives, Gerald Peni as scrutineer to make sure their ballot boxes are counted during the counting.

However, scrutineers of some candidates raised concerns regarding these ballot boxes claiming breach of electoral processes during the polling.

Some said many students used their ID cards to vote which is unconstitutional hence the votes should be made informal.

However, Mr Peni, stood up in the midst explaining why the boxes should be counted. He said ballot papers issued were less than the total population in UPNG and there were also discrepancies in the electoral roll which denied many students their right to vote.

“The students felt that they were deprived of their right and they asked the presiding officer to get Electoral Commission via the RO to provide extra ballot papers for especially registered 2,000 plus residential students.”

He said the EC should have gotten the registered students list from the school to update its electoral roll for UPNG which was the case in previous elections.

“Those who have voted, actually had their names in the electoral rolls, but had to show their student ID Cards to prove their identity,” Peni said.

This he said, was because names of former students who have already graduated and left the school were still in the electoral roll.

Peni later told EMTV Online, only 1,348 of the 5000 plus eligible voters of UPNG voted.

“The rest of us have not voted. We were deprived of our constitutional rights that we exercise every five years.”

A scrutineer for Moresby North West also told EMTV Online that voting using ID Cards or any form of ID is unconstitutional. In some cases in Hohola, two longtime residents whose names were not on the electoral roll used their NID cards to vote.

“This election has seen people voting using their ID cards and that is against the Laws,”