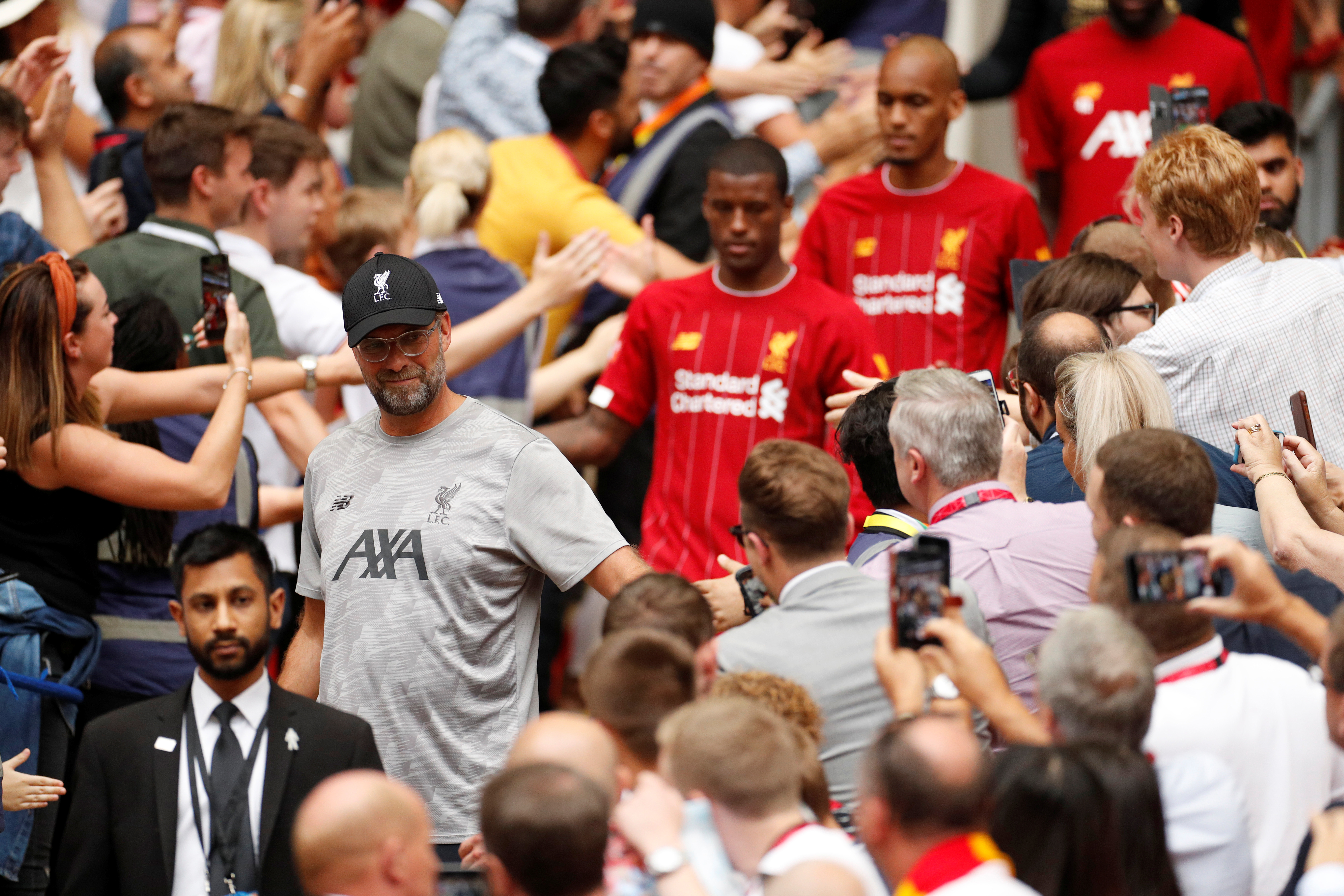 MANCHESTER, England (Reuters) – The new Premier League season gets underway on Friday and — for all the changes — it is hard to imagine the battle for the title being too different from the last campaign.

Just a point separated champions Manchester City from Liverpool with Juergen Klopp’s side forced to settle for second best despite suffering one league defeat all season.

City again got the upper hand in Sunday’s Community Shield at Wembley but only on penalties after a 1-1 draw.

If the rivalry in the league is to be as close this season, few neutrals will complain after a campaign that saw outstanding football from Pep Guardiola’s City and their Merseyside rivals.

Having won back-to-back league titles, Guardiola will be desperate to get his hands on a first Champions League trophy with City but his squad has the depth for a double challenge.

Inspirational skipper Vincent Kompany left to become player-manager at Anderlecht but City have invested over 60 million pounds ($72.84 million) in defensive midfielder Rodri while fellow Spaniard Angelino strengthens the options at left back.

European champions Liverpool have been quiet in the transfer market but Klopp’s side, with Virgil van Dijk organising the back four and the attacking trio of Roberto Firmino, Mohamed Salah and Sadio Mane so dangerous, needed little strengthening.

Nothing has happened in the close-season to suggest that City and Liverpool are going to face a significantly stronger challenge from their nearest rivals.

Chelsea lost their best player with Eden Hazard’s 100 million euro move to Real Madrid, and while American Christian Pulisic, who has arrived from Borussia Dortmund, is full of promise, he will surely need time to settle.

The arrival of former Chelsea great Frank Lampard to replace Maurizio Sarri as manager at Stamford Bridge has been welcomed by the fans, but with the west London club under a transfer embargo it is hard to envisage a vastly improved performance.

Champions League runners-up Tottenham Hotspur were unable to keep up the pressure on the top two last season but will hope their club-record signing, France midfielder Tanguy Ndombele, gives them some additional quality in the centre of the pitch.

Arsenal will again rely on their strike pairing of Alexandre Lacazette and Pierre-Emerick Aubameyang for goals and they have added forward Ivorian Nicolas Pepe for a club-record fee but it is hard to imagine them being serious title contenders.

Likewise Manchester United are unlikely to be in the frame despite bolstering their defence with the 80 million pounds capture of England international Harry Maguire, a world record for a defender, and the arrival of full-back Aaron Wan-Bissaka.

They will aim to make progress under Ole Gunnar Solskjaer and look for some of their exciting youngsters to come through.

Brendan Rodgers’ Leicester City and Marco Silva’s Everton, who both ended the season strongly, have kept their key players and look capable of attempting to break into the top six.

The three promoted clubs, Norwich City, Sheffield United and Aston Villa, have more limited ambitions and will all be happy to secure top flight survival on their return to the big time.

Unsafe Injections a Major Cause of Hepatitis Deaths