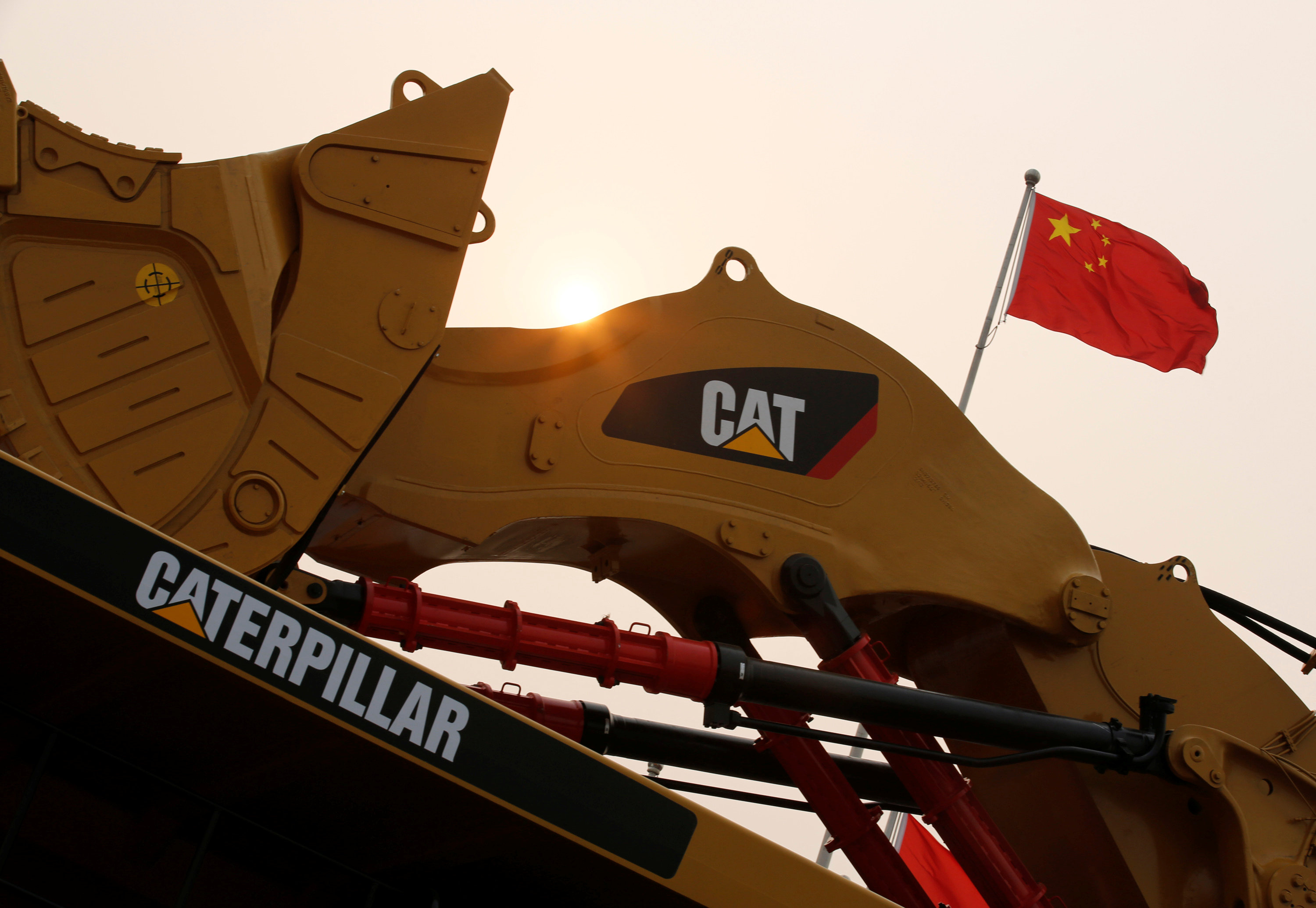 SHANGHAI (Reuters) – Trade tensions between Washington and Beijing may be running high but Corporate America is finding China to be a reliable source of profit growth this year.

Whether they sell construction equipment, semiconductors or coffee, many major U.S. companies have reported stronger second-quarter earnings and revenue from their Chinese operations in recent weeks.

They are benefiting from a Chinese economy that is growing at almost 7 percent, several times the rate of U.S. expansion, a Chinese housing boom, and a slide in the U.S. dollar, which makes American exports more competitive and increases dollar earnings once they are translated from foreign currencies.

Chinese President Xi Jinping’s ambitious plan to build a new Silk Road that will improve links between China and dozens of countries in Asia and Europe, and includes many billions of dollars of new roads, bridges, railways and power plants – is also helping American firms to sell heavy equipment and other products.

Caterpillar Inc, a bellwether for industrial demand in China and beyond, reported its sales in Asia-Pacific rose 25 percent in the second quarter – thanks to China. Shipments of large excavators to Chinese customers more than doubled in the first half of the year.

“We now expect demand in China to remain strong through the rest of the year,” Brad Halverson, Caterpillar’s group president and chief financial officer, told investors.

“China’s grown pretty well relative to the U.S. over this period and the currency’s relationship has changed in favor of the U.S. companies,” said Jim Paulsen, chief investment strategist at the Leuthold Group in Minneapolis.

Chinese companies are also benefiting from the robust domestic economy. For example, Chinese auto manufacturer Geely Automobile Holdings announcing last week that its July sales climbed 89 percent from the year-earlier-month. Geely and many other major Chinese companies report their results in the next few weeks.

American companies in China have been collectively reporting better prospects even as they complain that the Chinese authorities are not allowing them enough access to parts of the Chinese market and discriminating against them as they seek to compete against Chinese rivals.

The Trump administration has been considering punitive tariffs against a range of Chinese goods but it has held off on taking action after Beijing backed tougher United Nations Security Council sanctions against North Korea earlier this month.

And despite some negatives in the Sino-U.S. relationship, a July report by the American Chamber of Commerce in Shanghai showed that 82 percent of U.S. companies in China expect revenues to increase this year, up from 76 percent a year ago.

“In general China is still a growth market for lots of US goods and services… the Chinese consumer is driving more and more the growth in China itself – that’s a very positive shift in compositional growth for a lot of U.S. companies that do provide goods and services for consumers, as opposed to building skyscrapers,” said Joe Quinlan, head of thematic investing at Bank of America, U.S. Trust.

In the chip industry, Skywork Solutions, which according to Goldman Sachs gets about 85 percent of its sales from China, reported its fiscal third-quarter revenue rose 20 percent, thanks in part to demand from Chinese phone maker Huawei. And Qualcomm, which gets around two-thirds of its revenue from China, said last month that China remained a strong growth story for the company.

And many other foreign companies are also doing well. The European liquor industry is benefiting from a resurgence in Chinese consumer demand.

Remy Cointreau, which battled a steep slowdown in China after Xi launched an anti-corruption drive in 2012 – hitting a lot of lavish wing and dining by businesses – said it saw a “clear improvement in consumption trends” this year.

Closer to home, Kweichow Moutai, the Chinese maker of the liquor baijiu and the world’s largest alcohol firm by value, saw first half profits gain 27.8 percent.

“I feel the wider economy is improving,” said Ding Mingwei, 26, a manager at an education technology company in Shanghai. Ding, who says his own investments are up this year, now plans to spend more on hotels, dining out and funding hobbies such as playing the guitar.

For some companies, China growth helped to offset problems elsewhere. Starbucks U.S. growth cooled in the third quarter but same-store sales for the coffee chain in China surged 7 percent.

Among the Japanese companies to benefit, Sony’s sales in China were up just under 50 percent in the three months to June, making it the electronic group’s fastest-growing geographic segment.

There are some sectors that are proving a tougher slog for foreign companies.

Major international automakers, even those reporting increased revenues, have pointed to squeezed margins in one of the world’s most competitive markets. U.S. automaker General Motors, for example, saw a strong April-June quarter, but said it faced “pricing challenges”.

And some economists warn that it is unclear how long the Chinese economy and the markets can keep their buzz.

“The strong rebound is largely being driven by the property market and export growth, which both seem unsustainable,” said Nomura Chief China Economist Yang Zhao in Hong Kong. He said he expects China’s economic growth to cool by the fourth quarter.