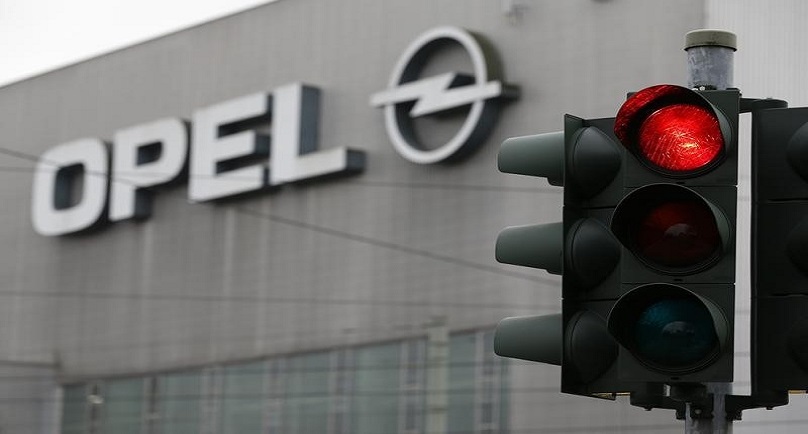 Image: A traffic light shows red in front of the Opel plant on its final day of production in Bochum December 5, 2014. REUTERS/Wolfgang Rattay

GENEVA (Reuters) – The auto industry’s lean manufacturing system is vulnerable to any tightening of Europe’s border controls in the wake of the region’s refugee crisis, the chief executives of Opel, Ford Europe and Daimler said at the Geneva car show.

The prospect of dismantling Europe’s Schengen free-travel agreement to stem the flow of refugees and migrants worries car executives, as tighter border controls could also interfere with the traffic of goods.

“A breakdown of Schengen would be horrific for us,” Opel Chief Executive Karl-Thomas Neumann told reporters.

Opel depends on the unhindered transport of goods and components from factories in Germany, Spain, Poland, Britain and Italy, Neumann said.

“We have huge logistics operations in southern Europe, any disruption would have an immediate impact on the bottom line,” Neumann said.

Schengen was established over 30 years ago and now counts 26 members, 22 of which are European Union members. To stem an influx of migrants, some Schengen countries have reintroduced border controls in recent months, leading to fears the whole system could collapse.

Opel, the European division of General Motors (GM), has pledged to turn a profit in 2016, a goal the company reiterated at the Geneva show. In Europe, GM posted an adjusted loss before interest and tax of $800 million last year, after a $1.4 billion loss in 2014.

“We have plants in Germany, Romania, Spain and in England. Our logistics are geared towards supplying our plants just in time. That’s the basis for the efficiency of production in Europe – of course we want to maintain that,” he said.

Daimler CEO Dieter Zetsche said his company was already at the limits of its production capacity thanks to demand for luxury vehicles including the new GLC and the new E-Class.

Parts need to arrive at the factory to ensure the company’s production system functions seamlessly.

“Our factories are running with one or two hours of time buffer,” Zetsche said, adding any closing of borders could disrupt the company’s production system.

EU leaders are planning talks with Turkey on March 7 and their own migration summit on March 18-19. The meetings look like a final chance to revive a joint response to the crisis before warmer weather will make it easier to travel across the Mediterranean.

Pasca A project nearing signing after nine months of negotiation

Prime Minister O’Neill on the Economy