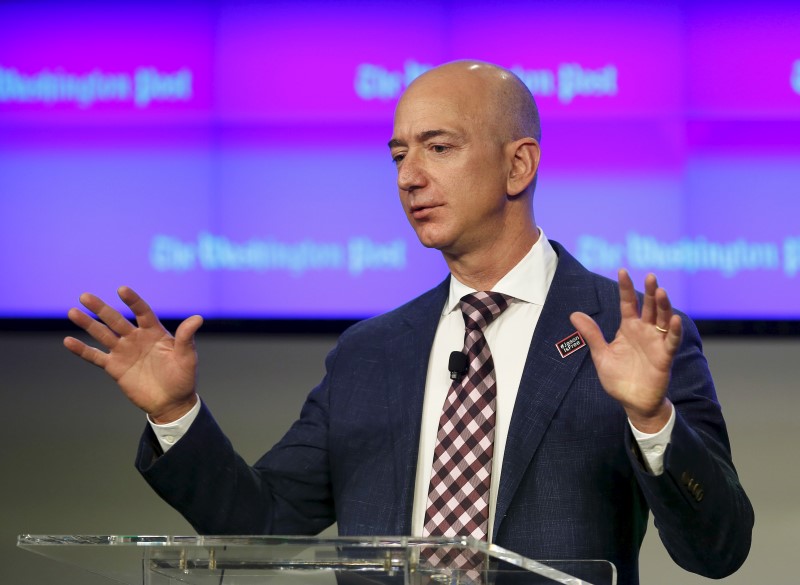 Speaking at a panel discussion in Long Island City, New York on the state of small business in America, Buffett called Bezos, the chief executive of retailer Amazon.com Inc <AMZN.O>, a “classic example” of how business owners can succeed by focusing not just on satisfying their customers, but delighting them.

“Twenty years ago he had a very, very, very small business,” but Bezos today is still “thinking about how to further delight his customer,” said Buffett, who has run his Omaha, Nebraska-based conglomerate Berkshire Hathaway Inc <BRKa.N> since 1965.

Buffett is worth $66.4 billion while Bezos is worth $62.9 billion, Forbes magazine said on Tuesday.

Both also have a shared interest in newspapers, with Berkshire owning dozens of newspapers including its hometown Omaha World-Herald and Bezos owning the Washington Post.

They said this would help make it easier for small businesses to raise affordable capital they need to grow, without compromising consumer and environmental protections.

Buffett, 85, nonetheless said the restrictions in place now do not dampen his enthusiasm for America.

“The potential of men and women in this country has not been exhausted in any way shape or form,” he said. “The luckiest person in the world is the baby being born in the United States today.”