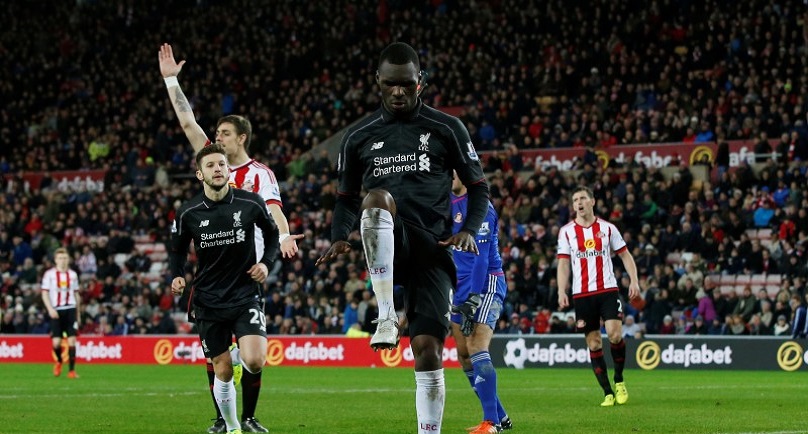 LONDON (Reuters) – Christian Benteke condemned struggling Sunderland to a 1-0 defeat and sent Liverpool level on points with sixth-placed Manchester United in the last Premier League game of the year on Wednesday.

The Belgium striker, tightly marked in a goalless first half at the Stadium of Light, burst into action 22 seconds after the restart to bag his sixth goal of the campaign.

It was also the quickest second-half goal in the Premier League this season.

Nathaniel Clyne’s long and low pass was deflected on by Adam Lallana to the lurking Benteke, who made no mistake in tucking it away from inside the area with Sunderland’s defence caught napping.
Liverpool, who beat high-flying Leicester City 1-0 on Saturday with another second-half goal from Benteke, have 30 points from 19 games but Juergen Klopp’s side are behind Manchester United on goal difference.

Sunderland manager Sam Allardyce, who had said before the match that he would be delighted with a draw, had plenty to be pleased about in a lively first half.

Goalkeeper Vito Mannone, preferred to Costel Pantilimon, produced several great saves including a stunning dive in the 26th minute to deflect a goalbound Roberto Firmino shot against the upright and out.

The Black Cats, with only three wins this season, also showed fighting spirit with Liverpool keeper Simon Mignolet forced to palm over a Jermain Defoe effort in the 16th.

They suffered a setback on the half hour, however, when England midfielder Jack Rodwell was injured and replaced by Duncan Watmore.

Liverpool also lost their limping captain Jordan Henderson midway through the second half.
Benteke could have made it 2-0 in stoppage time but, clear on goal, he shot straight at Mannone.