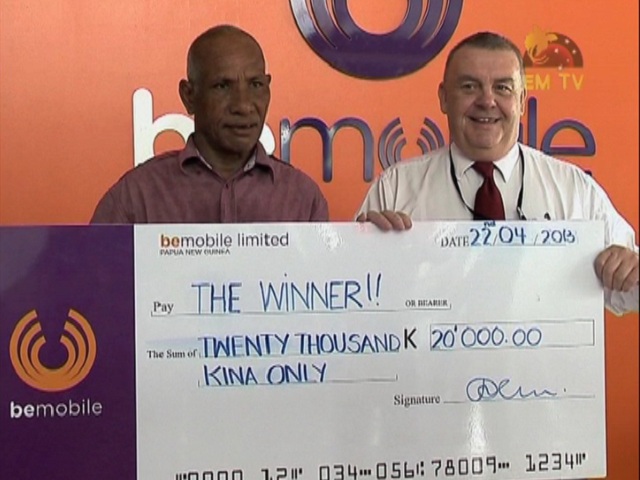 A man from Berakau inthe Central Province is K20, 000 richer this week.

Manoka Tau isthe winner of BeMobile’s Text to Win Competition for the month of March.

The 57 year old couldn’t be more happier. He was accompanlied by his niece Lulu Augustine to receive his prize atthe BeMobile’s Headquarters in Port Moresby on Monday morning.

It was Lulu who used her uncle’s mobile phone to enterthe Text to Win Competition twice.

Mr Manoka says he will usethe money to build his house.

Two – weeks ago, BeMobile declared Mr Manoka asthe Winner for the month of March. The competition is aimed at rewarding loyal customers. This month’s text to win promotion requires customers to textthe word CASH to 1999. It cost 35t per SMS.

PMIZ: First cannery to be in operation by early 2017