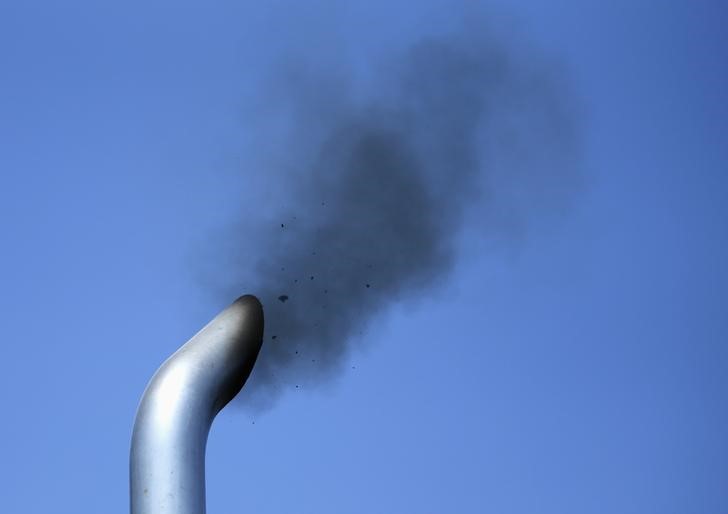 SAN FRANCISCO (Reuters) – California released new measures to fight climate change within minutes of Donald Trump being sworn in as U.S. president on Friday, signaling the state’s commitment to be the nation’s environmental steward under an administration that has questioned the reality of global warming.

California officials said it was a coincidence that the plan was released 37 minutes after the inauguration. The state outlined how it would achieve its goal of cutting output of heat-trapping greenhouse gases 40 percent below 1990 levels by 2030.

The plan drew battle lines for an expected clash with Trump over climate change, including a fight over the state’s decades-old authority to set emissions limits that are far stricter than those in many other parts of the United States.

Trump has cast doubt on the degree to which human activity causes climate change. His nominee for secretary of the Environmental Protection Agency, Scott Pruitt, this week expressed doubts about the science behind climate change and said EPA rules should not hurt economic development.

The California plan includes an extension of the state’s controversial carbon cap-and-trade program and calls for the state’s oil refineries to cut their greenhouse gas emissions by 20 percent.

“Climate change is impacting California now, and we need to continue to take bold and effective action to address it head on to protect and improve the quality of life in California,” said Mary Nichols, chair of the California Air Resources Board.

She said the state’s climate change goals are the most ambitious in North America.

The Trump administration on Friday removed all mentions of climate change from the White House website and said it would eliminate the Climate Action Plan, which seeks to cut emissions in part by preserving forests and encouraging increased use of cleaner renewable fuels.

During a congressional hearing on Wednesday, Pruitt said the government would not commit to letting California set more stringent vehicles emissions standards through a federal waiver.

In addition to extending the cap-and-trade program to 2030, California’s proposal calls for an 18 percent reduction in the carbon intensity of transportation fuels burned in the state and 4.2 million zero-emission vehicles on the road.

California’s three largest utilities on Friday outlined their plans for dramatically increasing the availability of vehicle charging stations to move the state toward a “zero-emission transportation future.”

If implemented, California officials believe the suite of measures would set California’s economy, which is the world’s sixth largest, on a trajectory to achieving an 80 percent reduction in greenhouse gas emissions by 2050.

A year after Nepal quake, some united in grief; others climb again