The people of Bougainville now have access to improved health services with the official opening of the upgraded Arawa Hospital.

From 2015 to 2018, the Australian Government provided PGK33.8 million for the upgrade of the then Arawa Health Centre to a district hospital. Under the partnership arrangement, the Autonomous Bougainville Government purchased equipment for the hospital at a value of K4 million. 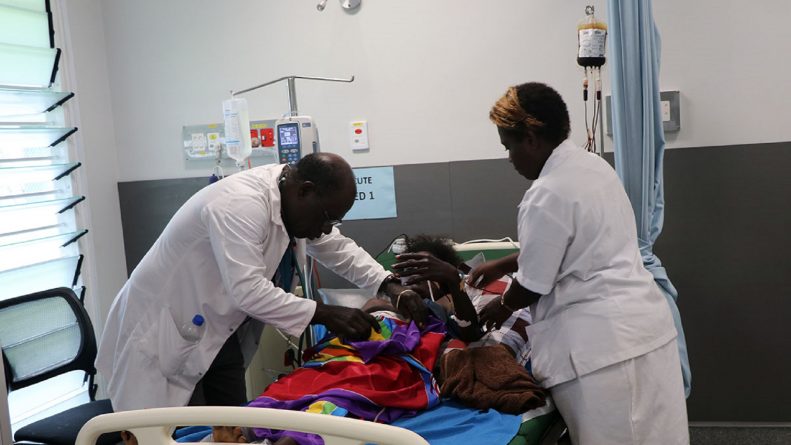 A key part of the project was the provision of an on-site Family Support Centre for survivors of family and sexual violence to access specialised health care. The centre includes counselling and consultation rooms, safe rooms, transit accommodation, and disability access.

Since the hospital opened to the public in early 2017, the delivery of health services to Bougainville people has doubled, including its daily operational attendance, admissions, antenatal care and deliveries.

Women from remote communities around Arawa who previously have not had access to maternal care have been able to come to the facility to deliver their babies safely.

The project generated around 500,000 hours of construction-related employment to the local economy and strengthened local trade skills. It was delivered through the Papua New Guinea – Australia Partnership with the Autonomous Bougainville Government’s Department of Health.