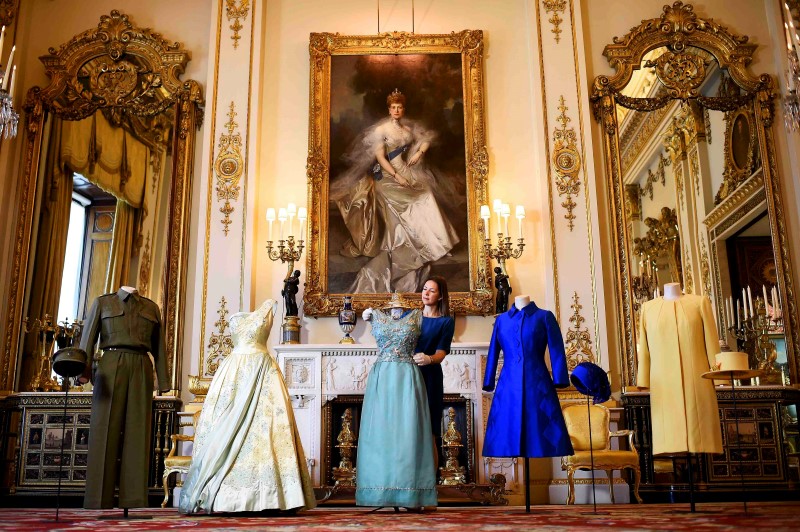 Image: Exhibition curator Caroline de Guitar poses for photographers as she shows off a preview of an exhibition entitled ‘Fashioning a Reign: 90 Years of Style from The Queen’s Wardrobe,’ charting the reign of Britain’s Queen Elizabeth through a display of her formal and informal outfits, at Buckingham Palace, in central London, Britain July 4, 2016. REUTERS/Dylan Martinez

LONDON (Reuters) – A selection of outfits worn by Britain’s Queen Elizabeth go on display at her London Buckingham Palace residence as part of an exhibition marking the monarch’s 90th birthday this year.

“Fashioning a Reign: 90 Years of Style from The Queen’s Wardrobe” showcases royal outfits from occasions such as family weddings as well as state visits.

The Buckingham Palace exhibit, part of the summer opening of its State Rooms, is one of three such royal fashion displays taking place at the monarch’s official residences, including Windsor Castle and the Palace of Holyroodhouse in Edinburgh.

Elizabeth turned 90 in April, months after surpassing the 23,226-day reign of her great-great-grandmother Queen Victoria.