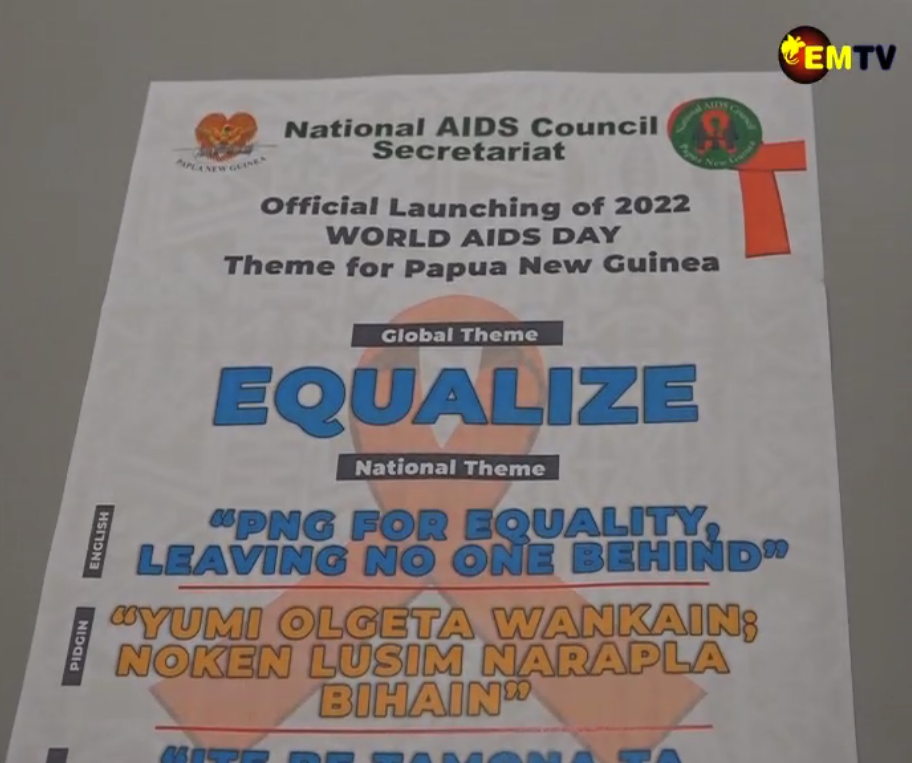 Mr Lupiwa said last year there was no celebration due to lack of funding and this year they plan to make it different with the available funding they have.

“We plan to go to the parliament house and celebrate the day with the politicians and others, to tell them that Covid 19 has gone and HIV is still here and killing people” Lupiwa said.

During the launching of the theme, ASM Manager Valentine Tangoh gave a brief background on the World AIDS Day.

“41 years now and the first world Aids day was launched in 1988 around the world to commemorate the day especially thinking about the people who have been affected by HIV/AIDS or those who have died from the disease. It’s not just an ordinary event, it’s an important event as well” Tangoh said.

Mr Tangoh said over 58 thousand people are affected by HIV/AIDS in the country.

Since the discovery of HIV/AIDS, many lives have been lost and the statistics continue to increase.

“Today there will be ten people infected with HIV anywhere in PNG and two people will die” Lupiwa said.

He said “I remember when HIV was first reported to have reached PNG; we lost many people to the disease”.

Acting Director Tony Lupiwa said the World Health Organization has set a date which is December 1st to observe annually to remember the people who have lost their lives and those who are fighting the disease.

“The world theme is EQUALIZE, and for us PNG, our theme in line with the global theme is PNG FOR EQUALITY, LEAVING NO ONE BEHIND” Lupiwa said.

“Everyone is equal; we must not leave anyone behind. We must not stigmatize and prevent a person from receiving care, support and treatment” Acting Director said.

The theme can be used by schools or other organizations to commemorate the day come December 1st.

He is appealing to everyone to wear the colour red on December 1st  to show their support.