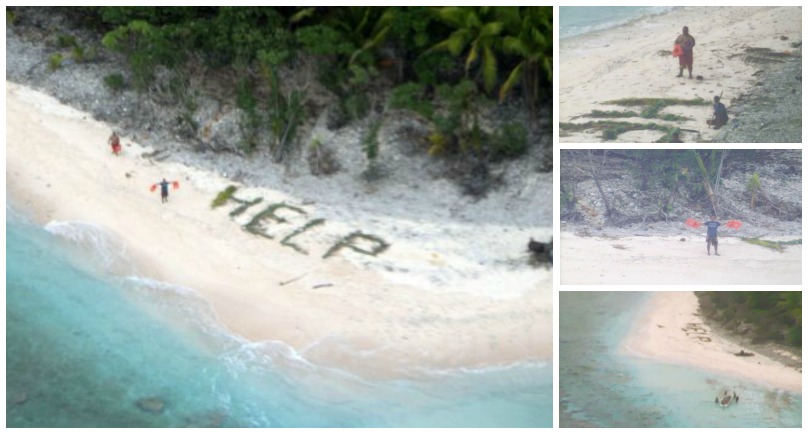 After three days of being stranded on a deserted island in the Pacific, three men were rescued thanks to the giant &ldquo”HELP”rdquo; sign rolled out in palm leaves on the beach, officials said on Saturday.

The men’s families reported them missing on Tuesday after they failed to show up at the Micronesian island of Weno, U.S. Coast Guard spokeswoman Melissa McKenzie said.

The men were travelling in a skiff from another Micronesian island when a wave overtook them, she said.

“Fortunately for them, they were wearing life jackets and were able to swim to the deserted island,’ McKenzie said.

Waving their orange life jackets when the Navy plane spotted them on the small island of Fanadik, several hundred miles north of Papua New Guinea, the men were rescued two hours later by a small local boat and took them to a hospital.

According to the Washinton Post, two bulk carriers searched a combined 17 hours for the men as part of AMVER, a U.S. Coast Guard voluntary search and rescue program. With AMVER, rescue coordinators can identify participating ships in the area of distress and ask them to help.

In the last two weeks, 15 people have been rescued in the Pacific with the help of 10 AMVER vessels and six aircrews, the U.S. Coast Guard said.