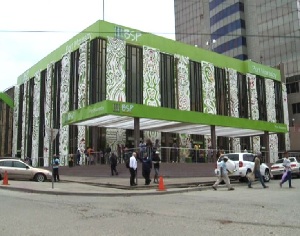 While Papua New Guineans are being encouraged to develop a culture of savings, there are challenges to this that are unique to the country.

In a closed workshop today, findings of a study into the country’s financial system showed how the high interest rate margin that exists in Papua New Guinea is impacting on the ability of Papua New Guineans to save money in commercial banks.

Professor Satish Chand from the University of New South Wales found in his research that Papua New Guineans are not depositing as much as the economy would need.

As explained by Prof Chand, factors contributing to this trend include a low savings rate, and the many fees that are charged by banks.

“A hundred kina disaappers over time in the bank, so there is no reason to put money away in the bank,” he explained.

The study confirms that there is a very high gap that exists between the interest rate that is paid on deposits and on loans given out by banks.

A number of reasons are offered to explain the high margin. “It could be the cost of doing business in the country, or that the banks are not competitive which is something that ICCC needs to look into.”

The cause for the high interest rate margin is an issue that is up for debate.

Some, like Dr Charles Yala from the National Research Institute, point to the high cost of doing business in the country, such as electricity, transportation and law and order.

Others may argue that the huge profits that commercial banks are making in the country are more than enough to offset these costs, as Prof Chand explains.

“We have a situation where there is a very high margin in interest rates, we also have a high cost of doing business but profitability is also very high. So that means there must be room to reduce the margin between the interest on deposits versus what is charged on your loan.”