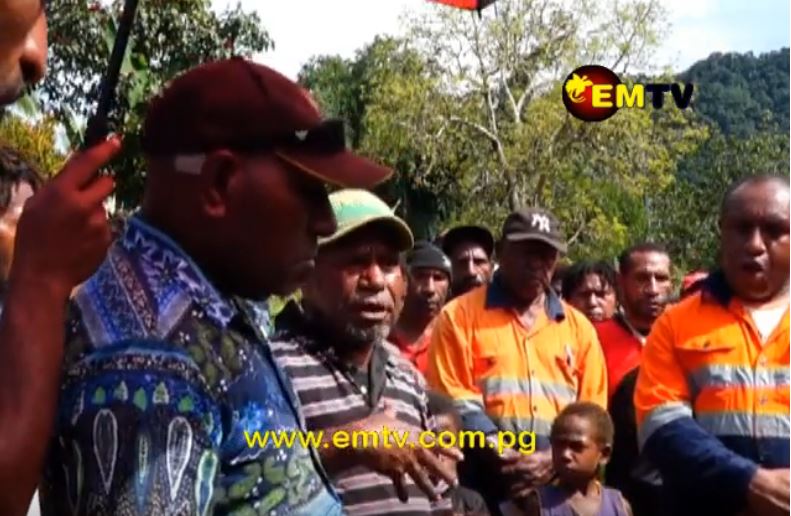 Landowners of the mine-impacted communities of the Ramu-Nico project in Madang are planning to stop water supply into the mining operation site.

They say water supply will be stopped thus ceasing all mining activities if Ramu Nickle Management does not respond favorably to their demands.

Kurumbukari Landowner’s Association Chairman, Tobby Bare, says they have been missing out on business spin-offs & equal participation in project development among other issues.

The Landowners concern was in response to the K5 billion extension program between the government of PNG and China during the APEC summit in November.

They argued that the signing was done without the knowledge of the landowners or their interest, taken into consideration.

Two separate meetings transpired between the Landowners and the management of Ramu Nico, however, both parties have yet to reach an agreement.

At around 3:30pm, Saturday, the Landowners and the Management of Ramu Nico met at Kinimati village.

Villagers aired their frustrations over an MOA drafted by Ramu Nico management which had not specifically outlined the type of business spin-offs and other benefits they would get from the expansion program.

Meanwhile, Community Affairs Manager of MCC, Albert Tobe, says the management is yet to see the details of the extension program. But, understands the concerns raised by the landowners because of their experience with the company for the last 13 years.

They gave a ‘7-day notice’ to Ramu Nico, warning them to respond to their petition before the 7 days lapsed.

The ultimatum ended without a favorable response.

Following the meeting on Saturday, landowners have now given Ramu Nico till Thursday to respond.

They say they will stop water supply into the mining area if Ramu Nico fails to meet their demands come Thursday.

PNG University of Technology: Over 900 Students Will Graduate Tomorrow

PM :Response to Aussie Column on BeP and Ok Tedi