The National Government has issued a Supplementary Budget to deal with the fiscal and economic issues facing Papua New Guinea. Economic commentators tell Business Advantage PNG that it is a tough budget, but flag that more measures may be needed. 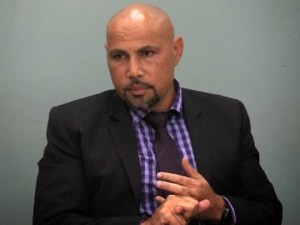 The Supplementary Budget, which was presented by new Treasurer and Deputy Prime Minister Charles Abel late last month, says that revenue in 2017 is projected to fall this year by K494 million, or 4.5 per cent.

It says expenditure will be cut by the same amount, 0r 3.7 per cent of the total, to ‘maintain the fiscal deficit position of the 2017 budget.’

Abel said the tightening is crucial to reduce pressure on the Government’s cash flow and ensure stability in domestic financial markets.

‘The priority expenditures have been focused on essential services in Health, Tuition Fee Free Education, Law & Order, the 2017 General Elections and key national infrastructure projects, as well as preparations for the 2018 APEC Summit.’

Abel said the domestic economy is projected to grow at 2.7 per cent, slightly lower than the 2017 Budget estimate of 2.8 per cent.

Non-mining GDP growth is expected to improve slightly to 2.4 per cent against an initial budget estimate of 2.3 per cent. Inflation is projected to increase from 6.7 per cent in 2016 to 6.8 per cent in 2017 ‘following modest depreciation in the kina exchange rate.’

‘We remain concerned about the rising cost of running government, particularly the payroll.

‘The main adjustments have to come from capital expenditures and other development projects.’

‘We are taking measures (but), we recognise that adjustment to salaries and wages, and most of the other operational expenditures, in the short term are largely fixed.

‘Therefore, the main adjustments have to come from capital expenditures and other development projects.’

Satish Chand, Professor of Finance in the School of Business at the University of New South Wales, says the Supplementary Budget indicates that the government is getting close to the prescribed debt limits.

‘It is a tough budget, with debt levels for 2017 at 28.8 per cent of GDP—already nudging the ceiling of 30 per cent set under the Fiscal Responsibility Act (FRA),’ he says.

‘There is no prospect for a budget surplus in the short-to-medium term, which means that the FRA ceiling will be tested in the near future.

‘Shortages of foreign exchange, which is already hampering private investment, will have to be addressed by the government soon.’

There are some efforts to address the foreign exchange issues. Abel indicated a short-term US$100 million (K320.2million) foreign exchange injection would be made last week.  He also said the government has negotiated to have Oil Search provide 50 per cent of the crude oil requirements of Puma Energy’s Napa Napa Refinery in kina rather than US dollars.

He said Puma is the biggest individual consumer of foreign exchange in the market.

‘On average, over the last three years, revenues have fallen some K1.8 billion each year short of the budget prediction for that year.’

‘The Bank of PNG has offered to support the plan by an increased intervention in the foreign exchange market of US$ 100million in the 100 days period.

‘Regulations are being composed by Treasury and Finance to compel the remittance of 90 per cent of revenue to consolidated revenue by non-tax revenue collecting agencies of government.’

Economist Paul Flanagan says the Supplementary Budget includes ‘massive’ cash reductions to the various Support Improvement Programs (SIPs), of 75 to 100 per cent. He estimates this represents savings of K692.8 million.

‘There is no mention of this anywhere in the Treasurer’s 14-page speech,’ comments Flanagan.

‘On average, over the last three years, revenues have fallen some K1.8 billion each year short of the budget prediction for that year.

‘Based on past experience, I would expect actual revenue outcomes to be down by well over another K500 million.’