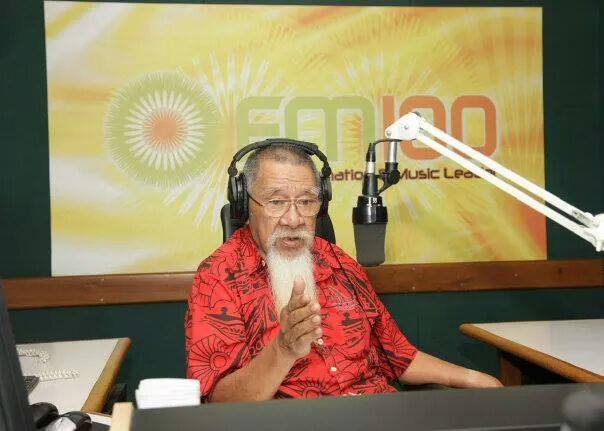 Tributes to the late Roger Hau’ofa have come from all over Papua New Guinea. Yesterday FM 100 aired a special Talk Back Show in tribute to the late announcer.

Listeners from all over the country called in to speak of the man they only heard on the radio.

Colleagues and radio announcers who worked with him in his 50 years in radio called him the walking encyclopaedia because of his in depth knowledge of every issue discussed on the talk back show.

Roger Hau’ofa is a household name in PNG, many know the familiar voice that addresses issues facing everyday Papua New Guinea on the FM 100’s Talk Back Show.

For his former colleague and radio announcer, Patrick Patu, who was on the Talk Back Show to pay tribute said that even though Roger had left big shoes to fill but encouraged journalists to follow Hau’ofa’s footsteps.

Transparency International PNG today in a media statement said Roger Hau’ofa had been an important part of the anti-corruption movement in PNG over many years.

Meanwhile, FM 100 colleagues described him as a great mentor.

NRL ends Round One of Competition