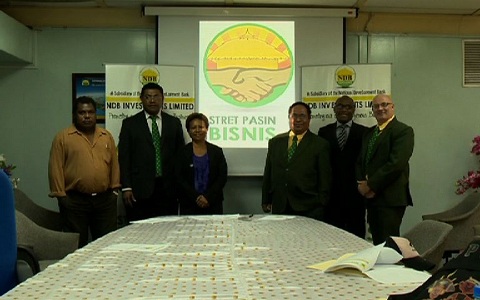 It cost between two to three million kina to run a retail shop in Papua New Guinea unlike 30 years ago.

Despite this, the subsidiary company of National Development Bank has allocated K15 million worth of business schemes through its Stret Pasin Incubation Business Schemes to support and promote local business entrepreneurs.

National Development Bank Investments, the subsidiary of NDB has developed the Stret Pasin Incubation Business Programs to promote and support small to medium enterprises in PNG, notably in the retail industry.

It comes against the backdrop of high cost of purchasing properties and associated costs in running a retail outlet. Currently, to start a retail shop would cost between K2m – K3 million unlike 30 years ago. Thus, NDB Investments is looking at other alternatives.

NDB Investments has injected K15 million worth of business schemes and another K15 million from parent company NDB to roll out the Stret Pasin Incubation Business Schemes. Since the announcement of the Scheme last year, 4000 people applied but only 110 were selected after proper screening. They will sit for a specially tailored – made business entry test.

With so much interest from the public, the National Development Bank Investments will soon announce business opportunities for small enterprises and those in the informal sector