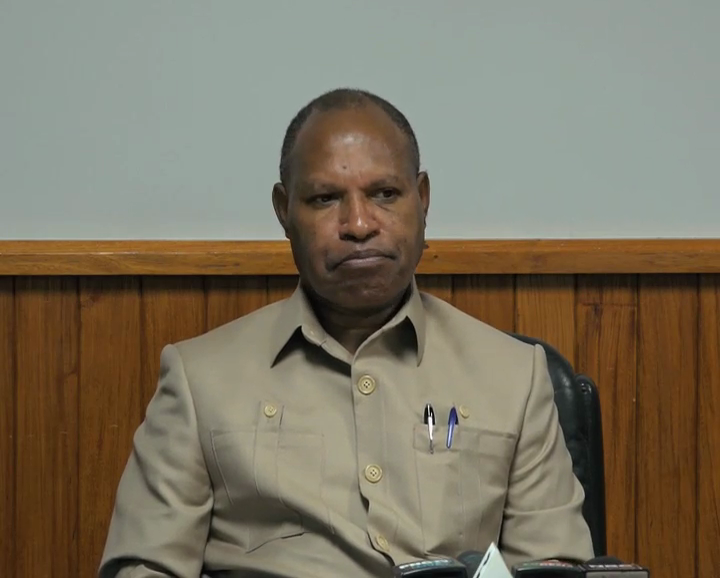 The Minister for National Planning, Hon Richard Maru, has commended Fresh Produce Development Agency (FPDA) for its work in the development, promotion and improvement of the fruit and vegetable industry; and assisting PNG achieve self-sufficiency in production and processing.

FDPA has a long history of operation since its inception and registration as a company in 1988. In recent past, FPDA was given status as a state entity due to its commitment to supporting Papua New Guinean farmers in the rural area, particularly in promoting food security for rural sustenance and fostering best farm practices in the fruits and vegetables production and management.

“In my recent discussion with the FPDA Management Team, I am impressed with their increased efforts in trying to integrate the food crop industry into the mainstream economy and becoming a dynamic player in addressing the Governments agenda in growing the economy,” Minister Maru said.

“There is huge potential for export of many of our indigenous crops to overseas markets and that requires increased investment in the food crop sector. We need to look at a large scale commercial food production to address food security issues in the country and also for exports,” he added.

Minister Maru has also held talks with FPDA to look at some exotic crops like Kiwi fruits, which has a significant market demand in the country. English and sweet potatoes are becoming staple food and there is a need to produce on a mass scale to feed the domestic markets and start substituting imports such as potato chips and other products made of potatoes.

“On my recent visit to New Zealand, I discussed the issue of bio-security with the New Zealand Government and they have positively responded in terms of providing appropriate support through collaborative efforts to address the bio-security issues in Papua New Guinea. Up to this stage, the biosecurity remains the biggest risk to our agriculture exports performance. I have delivered a keynote address in the recently-held bio-security policy forum in Lae, Morobe Province, for the Government to address the biosecurity issues to protect our agriculture commodities,” Minister Maru said.

“In this term of O’Neill/Abel Government, I am committed as the Minister for National Planning with the support of the Prime Minister, and the Cabinet Ministers to support the Minister of Agriculture and Livestock, Hon. Benny Allen, to ensure that the Bio-security Policy is formulated and legislation enacted subsequently. Furthermore, I will work with my colleague Minister for Agriculture and Livestock, to support all key interventions in the food crop sector and the need to build capacity of the FPDA to be more responsible to the food security of Papua New Guineans and also to develop the food export potential of the food crop sector,” he added.

The Government is committed to support FPDA with a focus on seeing the completion of a new head office for FPDA in Goroka, Eastern Highlands Province, which the government wants completed by the end of this year.

“I look forward to working with relevant stakeholders to improve the food crop sector to advance the economic growth agenda of this Government,” Minister Maru said.