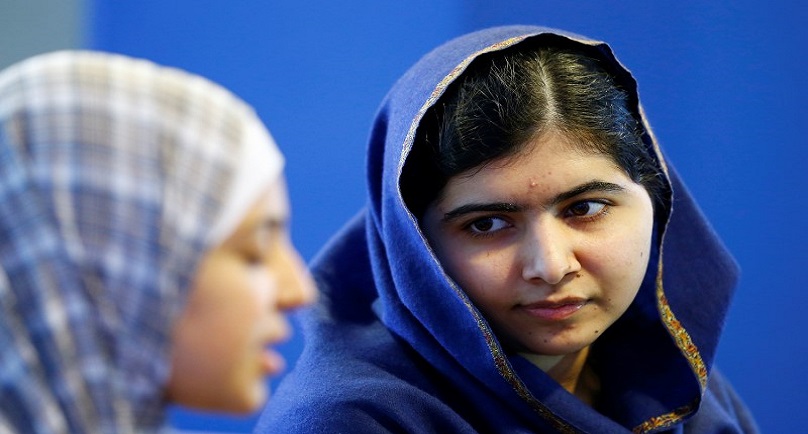 LONDON (Reuters) – Nobel laureate Malala Yousafzai will seek to inspire world leaders at a conference in London on Thursday to commit $1.4 billion this year to give Syrian refugee children access to education, she told Reuters on Sunday.

Heads of state and government and ministers from countries around the world will converge on London for the “Supporting Syria and the region” conference, which aims to raise funds for humanitarian crises caused by the Syrian war.

Some 700,000 Syrian children living in refugee camps in Jordan and Lebanon and in other Middle Eastern countries are out of school, according to a report issued by the Malala Fund, which campaigns and fundraises for educational causes.

“I have met so many Syrian refugee children, they are still in my mind. I can’t forget them. The thought that they won’t be able to go to school in their whole life is completely shocking and I cannot accept it,” Malala said in a telephone interview.

A Pakistani teenage education activist who came to prominence when a Taliban gunman shot her in the head on her school bus in 2012, Malala continued campaigning on the world stage and in 2014 became the youngest Nobel Peace Prize winner.

Now 18, she lives in Britain but devotes much of her time and energy to the cause of education for Syrian refugee children. An accomplished public speaker who brought a United Nations audience to its feet in a celebrated speech in 2013, she hopes to make a powerful impact at the London event.

“WE CAN’T WAIT”
“I’m hoping to encourage and inspire world leaders to take action. I’m not going to wait. We can’t wait. It needs to happen.”

She will appear at the London conference alongside 17-year-old schoolgirl Muzoon Almellehan, who will be the only young Syrian refugee to address world leaders at the event.

“Without education we cannot do anything,” Muzoon said on the same call as Malala.

She said she was working hard on improving her English so she could complete her schooling in Britain and go to university, but also wanted to dedicate herself with “my sister” Malala to the cause of education for fellow Syrian refugees.

The pair first met in 2014 at the sprawling Zaatari refugee camp in the Jordanian desert, and were reunited in December last year when Muzoon was resettled in northern England.
“She is the one that I want people to listen to. Her story is so powerful, it’s so inspiring. She’s going to tell world leaders that these children have a right to an education and they must not ignore it,” said Malala.

Co-hosted by the United Nations and the governments of Britain, Germany, Norway and Kuwait, the London conference is not limited to education but aims to obtain pledges from countries to meet a range of Syrian humanitarian needs.

U.N. agencies are appealing for a total of $7.73 billion to cope with Syria’s needs this year and an additional $1.2 billion are required by regional governments for their own plans to deal with the impact of Syria’s conflict.

Easy for Djokovic and Nadal, Murray suffers, Kerber out