The state-owned National Capital District-based water utility, Eda Ranu, is looking to bring more of its operations in-house. Chairperson Mary Karo tells Business Advantage PNG that preparations are also being made for APEC 2018. 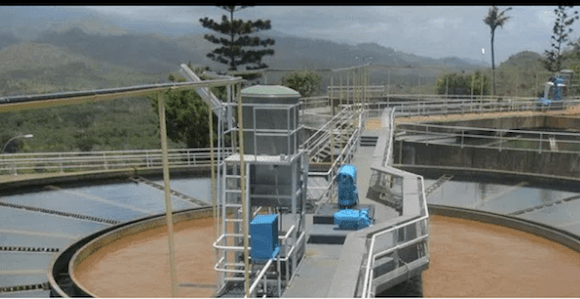 Karo says the state-owned enterprise’s water and sewerage services have been outsourced to a Malaysian company JC-KRTA since 1996—a 22-year contract.

She says this contract, which is under a build-operate-transfer (BOT) agreement, expires in 2019. There is also a second agreement, a Concessionaire Service Agreement (CSA), which expires in November of next year. In June 2019, the consultancy agreement with JC-KRTA expires.

Karo says that Eda Ranu gets, ‘if it is lucky’, 30 per cent of the revenue for water and sewerage collection each month, which is largely used for its operations.

‘Ninety nine per cent of the staff are Papua New Guineans.’

‘So we are hoping that we can exit the contract and manage everything ourselves.

‘We have to expand our internal revenues. We would like to be able to do more. However, our hands are tied.’ 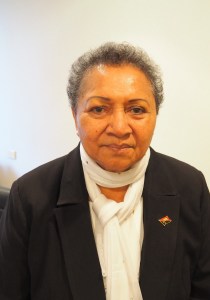 Karo says Eda Ranu has 26 engineers out of a total of 267 employees. Ninety-nine per cent of the staff are Papua New Guineans. ‘There is one expatriate management consultant,’ she says.

Eda Ranu had been running at a loss, according to Karo, largely because of regulatory restrictions.

‘The ICCC (Independent Competition and Consumer Commission), which governs our price path, has now given us a bit of an increase. We are expecting about K3 million at the end of the year as profit; we may go slightly higher.

‘Previously to that, we had been operating at a loss because of the ICCC’s intervention.

‘But now they have come good, we are able to see some light at the end of the tunnel.’

Karo says the World Health Organisation ranks water quality in Port Moresby highly. ‘We are number five in the ranking, according to WHO figures.

‘People are happy drinking water directly from the tap. Eda Ranu also has its own Quality Testing Laboratory which has been commended by the Pacific Water & Waste Management Association, including Sydney Water.’

‘About 52-54 per cent is used by settlements or villages.’

She says Eda Ranu has a community services obligation (CSO) for much of the water.

‘About 52-54 per cent is used by settlements or villages, and that becomes non-revenue water (NRW).

‘Every percentage lost in terms of non-revenue water equates to one million kina. So annually we are losing about K52–54 million. Eda Ranu continues to work on ways of minimising that loss or even to reduce it to a lower level.’

Eda Ranu has been reviewing the reservoirs located in various parts of Port Moresby. She says the company has ‘injected quite a bit of money in terms of maintenance and repairs’.

This is partly in preparation for APEC in 2018. ‘We don’t want to have any water set backs during this time. It involves something we have not done before—servicing the ocean liners.

‘Karo hopes that in 10 years time the villages and settlements will be on a metering system.’

‘We have had several discussions with the authorities. I believe there are three [ocean liners] coming.

‘Two will be berthed at the old main wharf; that will be serviced off one of the mains in the town area. The third one will be berthed at Motukea and we will need to have that infrastructure in place in order well before the start of the event.’

The Planning and Monitoring Minister Richard Maru has reportedly announced that Eda Ranu will be merged with Water PNG, the water utility which services the rest of PNG. Maru said the aim is for the new entity to collect its own money to fund its operations nationwide.

Karo believes more discussions and consultations will need to be in place before the idea eventuates.

She hopes that, in 10 years’ time, the villages and settlements will be on a metering system ‘where they don’t have to have rationed water’.

‘The resource owners of Central Province are in the equation to receive clean and purified water, which Eda Ranu has scoped.’ But Karo says Eda Ranu lacks the finance to undertake the much-needed connection work.

She looks forward to an improved system where customers ‘have learned the user pay policy that we have in place—and they appreciate that.

‘In the meantime, Eda Ranu continues to partner with the National Capital District-elected members of Parliament to ensure these essential services reach the general populus.’

MP’s urged to engage with Works for Roads

Naru’s Stance on Vote of No Confidence