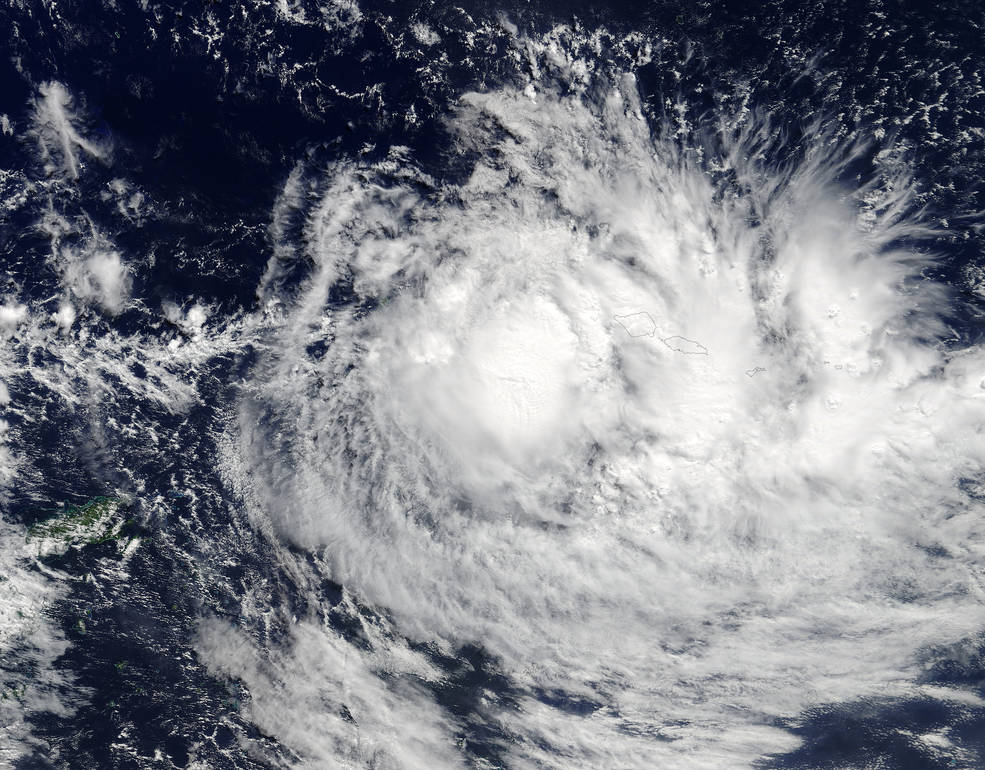 Image Credits: NASA Goddard MODIS Rapid Response NASA’s Terra satellite passed over Ella on May 9 at 2210 UTC and saw a somewhat elongated center of circulation located west of American Samoa. A band of thunderstorms east of the center were affecting the U.S. territory.

Now a category one system and slowly weakening, Cyclone ‘Donna’ has been noted as the most powerful storm in the Pacific during the month of May.

The tropical cyclone has slightly missed Loyalty Island in New Caledonia, further east than forecast, as it makes its way down the Pacific.

Causing havoc in Vanuatu along its way, Donna has left those in its path waiting for supply reliefs and aid.

A Red Cross spokesperson Corinne Ambler, reported that the affected areas are estimated to have a population of about 2, 000 people, out of which 900 would need immediate help and attention. Water is also a priority as the risk of diseases rising is also at hand.

Donna becomes the third late-season cyclone passing through the Pacific after Debbie and Cook;

As it passes through east of New Zealand, Donna may no longer be a cyclone according to the Meteorological Service of New Zealand. However, it will bring with it heavy rain and wind.

Another tropical cyclone also active at the moment in the Pacific is Cyclone Ella, although NASA says it is less likely that it will reach hurricane force.