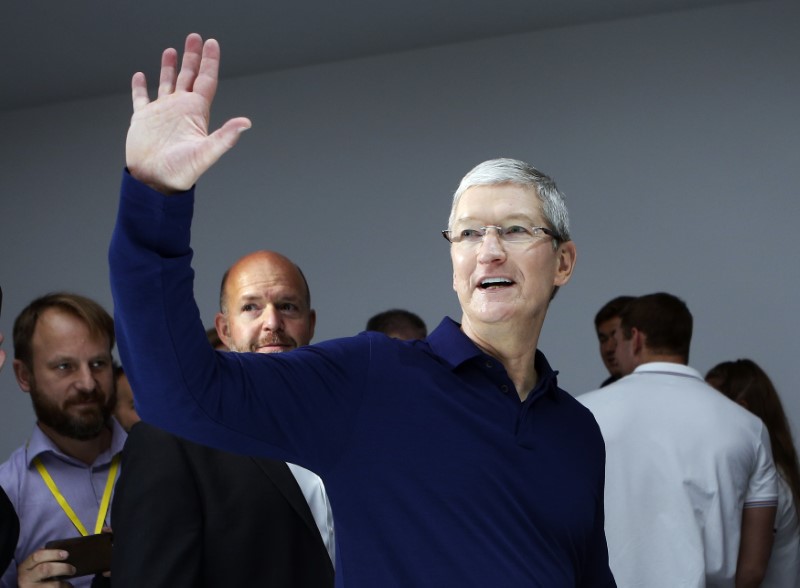 (Reuters) – Apple Inc is expanding its support for the fight against AIDS through the (RED) charity founded by rock singer Bono, Chief Executive Tim Cook said in an interview ahead of World Aids Day.

Over the next week, the company will expand its line of (RED) products and donate $1 for each transaction made using mobile payment Apple Pay in its physical and online stores, up to a total of $1 million. Bank of America <BAC.N> will contribute up to that sum for Apple Pay transactions using its cards.

“There’s still way too many people dying of AIDS, still too many kids being born with HIV, and so we are continuing to press really hard,” Cook said in the interview.

UNAIDS predicts the number of babies born with HIV could drop to near zero by 2020 from around 400 per day now, Apple said.

The (RED) campaign is an example of “cause-related marketing,” a style of philanthropy that some critics say is self-serving because they promote corporate brands as much as the underlying cause.

Cook told Reuters that Apple can have a far greater impact by raising awareness among consumers than by simply writing a check. “When we put ourselves into something, it’s worth a lot more than just money,” he said.

(RED) was one of Apple’s highest profile philanthropic efforts under former Chief Executive Steve Jobs, who largely avoided corporate giving. The company has been responsible for about $120 million of the $360 million (RED) has raised since it was founded in 2006.