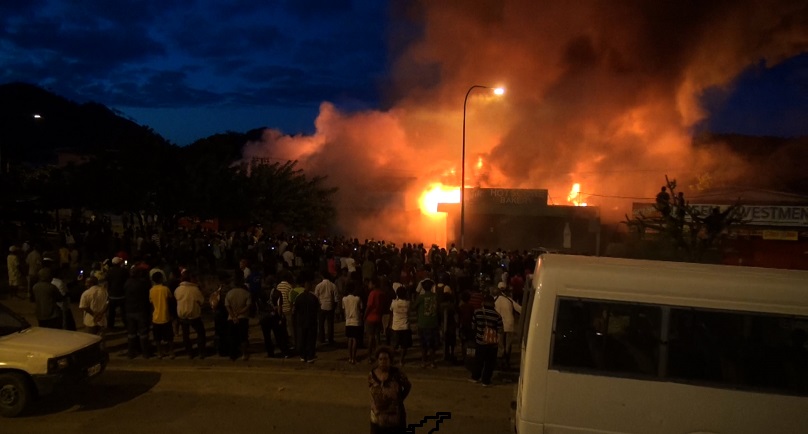 Three shops and a warehouse were burnt this morning at China Town, in the Nation’s Capital.
The cause of the fire is unknown however eyewitnesses told EMTV News the fire started from a shop where workers reside.

The fire started around 3am this morning with the Fire Service from Downtown Port Moresby arriving at the scene 45 minutes later. Despite best efforts, they were unable to contain the fire after their water tank ran out of water. The nearby 4 mile Fire Service did not have a fire truck to respond quickly to the emergency.

Shop owners did not want to comment on the fire, however a shop worker said the amount of damage and goods lost in the fire is worth over K1million. The three shops damaged were the OK Trading, Jasamier Trading and Chamo Mile. All shops are believed to be run by people with Asian heritage.

This is the 2nd fire in Port Moresby 4 weeks after the Erima fires that destroyed a chain of stores also belonging to people of Asian heritage.

Central Province in third day of polling as scheduled