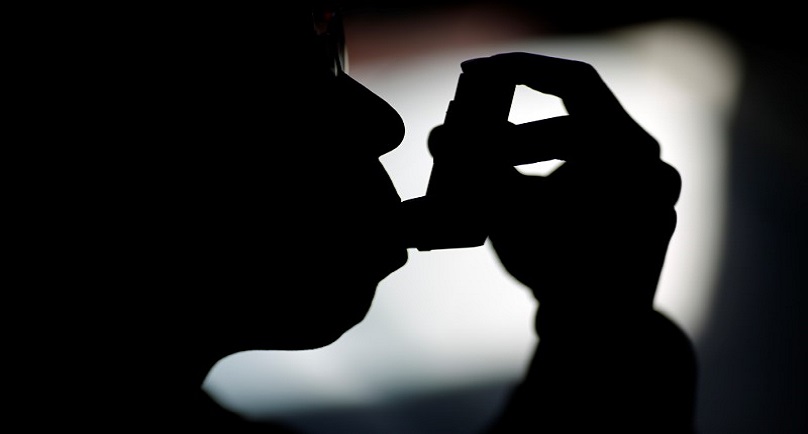 Image: J.Kim, takes medicine for his bronchial trouble at his house in Beijing November 2, 2014. REUTERS/Kim Kyung-Hoon

Reuters Health – A major weakness of asthma care is that many patients don’t know how to use inhalers to deliver life-saving medicine when they’re gasping for air. The fix may be as simple as taking more time to teach patients how the devices work, a U.S. study suggests.

Nearly all of the sickest asthma patients who wind up hospitalized when symptoms get out of control have no idea how to use inhalers to deliver what’s known as rescue therapy – fast-acting steroids that make it easier to breathe. The same is true of hospital patients with another common breathing disorder, chronic obstructive pulmonary disease (COPD).

But when researchers randomly assigned some patients with asthma and COPD to receive personalized hands-on instruction with new inhalers while they were in the hospital, 91 percent of them used the devices correctly. Without this help, just 40 percent of patients operated inhalers properly.

During their first month after leaving the hospital, only 17 percent of patients in the education group had acute flare-ups, compared with 36 percent of the group that didn’t receive the extra instruction.

“The vast majority of patients do not get inhaler teaching in the hospital setting, especially for rescue devices,” said lead study author Dr. Valerie Press of the University of Chicago.

“Without good control, patients are at risk for more breathing attacks, and possibly even more emergency room visits or hospitalizations,” Press added by email.

The inhaler education program that Press and colleagues tested with 62 patients at two Chicago hospitals only takes a few minutes to complete, she said. That’s long enough for doctors or nurses to demonstrate how the devices work, watch patients try it themselves and correct any mistakes until patients get it right.

They compared this to more typical and much briefer instruction given to another 58 patients, consisting of clinicians listening to the patients read inhaler instructions aloud and then talking in general terms about their disease.

Some of the most vulnerable patients – people with low health literacy who had a harder time understanding their disease – appeared to benefit the most from the extra education, researchers report in the Annals of the American Thoracic Society.

Three months after leaving the hospital, patients who got personalized inhaler education still fared better than those who did not. At this point, 52 percent of patients in the education group used inhalers correctly, compared with 24 percent for the group that didn’t get extra help.

One limitation of the study is that the education was handled by trained research staff and might not be as effective in a real-world setting when clinicians need to fit this in along with all their other duties, the authors note. They also studied outcomes with one type of inhaler, and the findings might be different for other devices.

Even so, the study results suggest that taking more time to educate patients in the hospital might pay off, said Dr. Christopher Moriates, a researcher at the University of California, San Francisco, who wasn’t involved in the study.

“The astonishing thing is these patients often spend a few days in the hospital, receiving respiratory therapies multiple times each day, so lack of effective inhaler teaching during hospitalization is a foolishly squandered golden opportunity,” Moriates added.