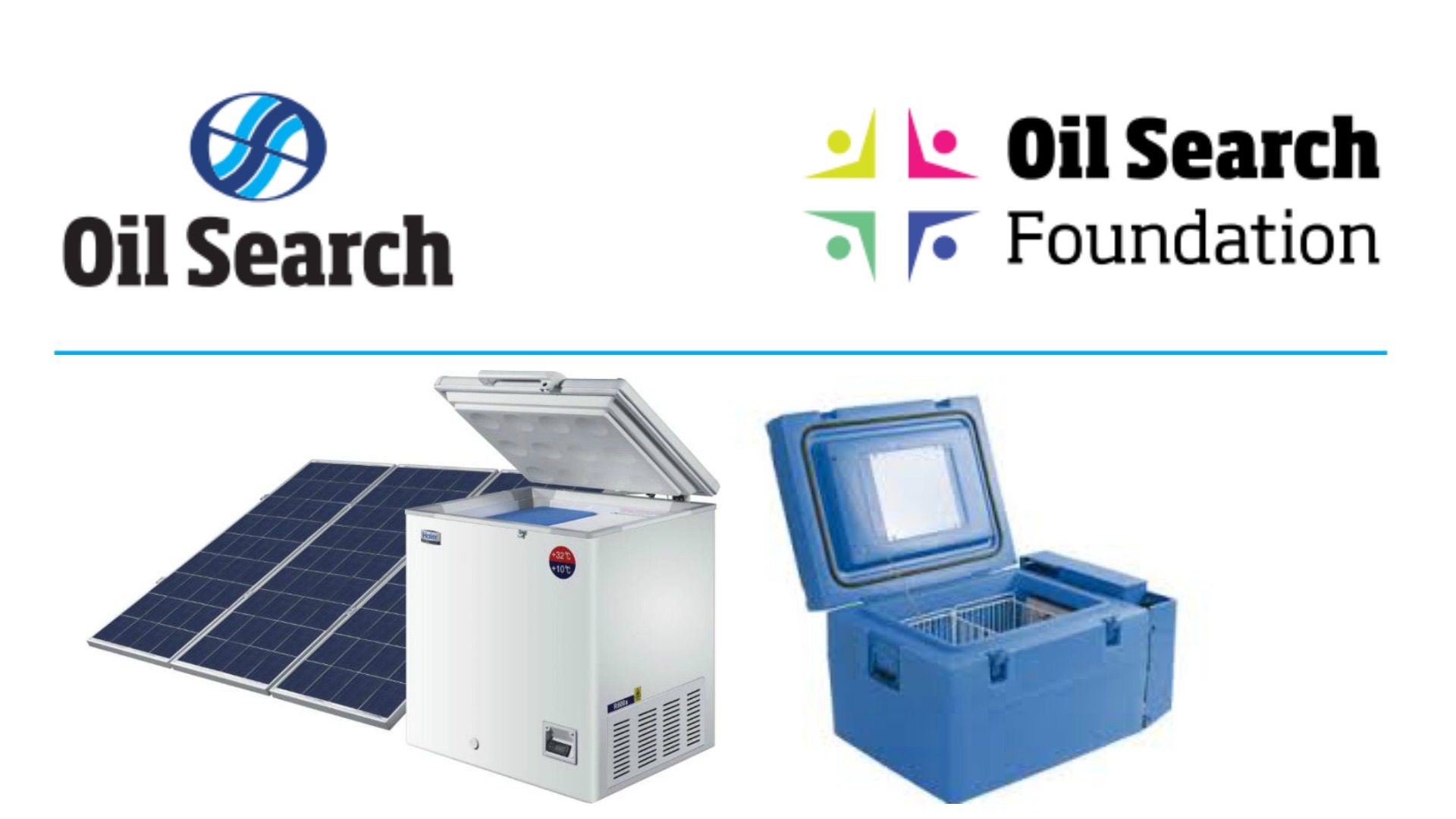 The report confirms the handing over of 11 vaccine fridges, 22 vaccine cool boxes, 44 vaccine carriers and 11 solar generators with panels to HPHA Chief Executive, Dr Gunzee Gawin, and his staff earlier this week at the Hela Provincial Hospital.

The items worth USD150, 000 were bought by the Foundation through a partnership with UNICEF.

Vaccines which only work when they are undamaged and uncontaminated are always stored at low temperatures so they cannot lose their effectiveness.

“Immunisation is critical to the survival of children but for vaccines to work they must be kept cold,” said OSF’s Chief Executive, Kymberley Kepore.

“The fridges will help the Hela Provincial Health Authority to vaccinate children across Hela and prevent outbreaks of preventable diseases like measles.”

Whilst thanking OSF and UNICEF for a great partnership arrangement that enabled the procurement of the vaccine fridges and coolers, Dr Gawin this would allow health workers in the province to have a wider reach.

“Like many provinces in PNG, Hela has many isolated villages which often results in low immunisation coverage by health workers.,” said Dr Gawin.

According to Dr Gawin, the items will go a long way in helping the cold chain activities to bring much needed vaccinations to the children of Hela and hopefully improve the health indicators in the province.

EMTV Online understands the Australian Government donated five vaccine fridges earlier this year to be used in Hela.  These together with the recently donated vaccine fridges will support the efforts of everyone to deliver immunisation to the children of Hela Province.

The OSF is also supporting Southern Highlands and Gulf Provinces with similar procurement of vaccine fridges.

Meanwhile, health workers in few rural health centres in PNG have also reported cases of cold chain breakdown due to electricity problems. Electricity is very much vital for all vaccination programs around the country.