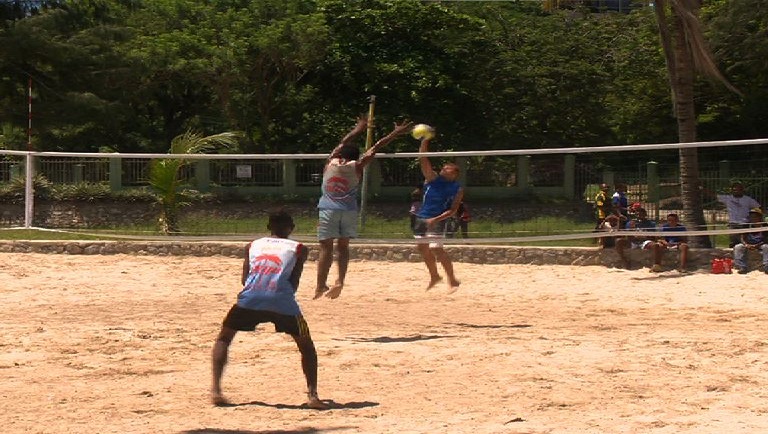 A beach volleyball competition which started on January 21, for both the U15s and U18s men’s and women’s teams, will be used to identify two potential players for the  U18 men’s team. The team is set to go into training once selections are done for the Youth Games.

For the Mini Pacific Games, similar competition will also run alongside the junior competition so that two senior men and two women’s teams can be selected. He says in order for PNG to qualify for the 2018 Gold Coast Commonwealth Games, teams will have to attend qualifiers regionally and internationally.

But above all, he said, full attention will go towards the U18 men’s team, in making sure that competitions and training programs are attended by selected candidates, and that a proper training regime is put in place to give them the full support they require in order to attend the Youth games in the Bahamas, in July.

Corporate competitions for the beach volleyball will also be introduced so that the code can be exposed to boost the interest and popularity of the sport in the country.

The code of beach volleyball is also on the list of games to be played at this year’s PNG Games, in Kimbe.

Thompson out to restore Jamaican pride in the women’s 100m