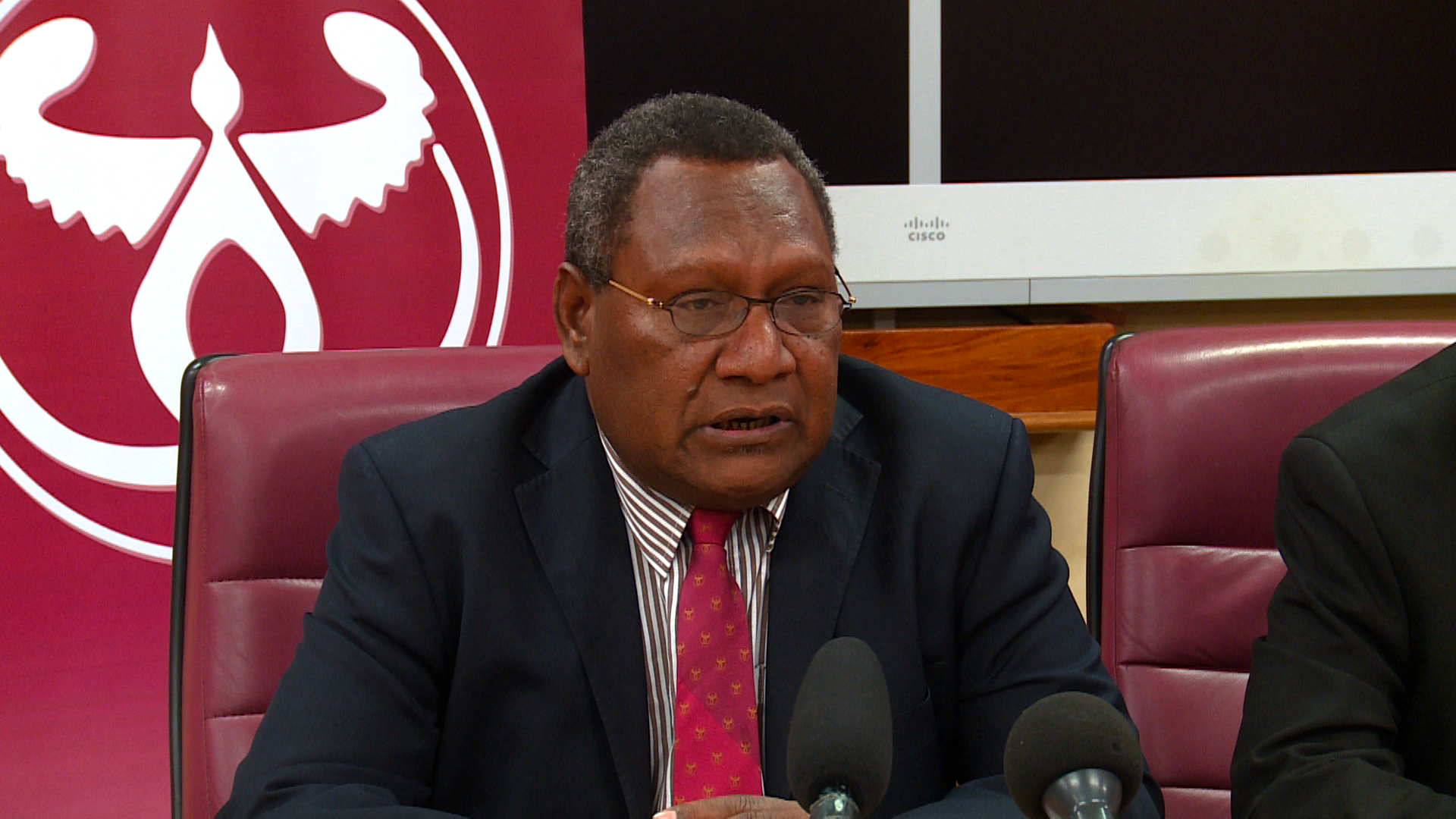 Basil says if Pangu forms government after elections, they will sack Central Bank Governor Loi Bakani because he didn’t do a good job.

The Bank of Papua New Guinea Governor, Loi Bakani described the accusation by Mr. Basil as wild allegations saying there is no need for a response and that he is not accountable to Basil.

Deputy Opposition Leader, Sam Basil says Bakani will be held accountable for his role in deals made by the PNC-led coalition which include the UBS loan, the LR Group Generators, illegal paper notes, the declining foreign exchange and allowing commercial loans to be given to State-owned entities.

” They are responsible for the bad economic situation,” Basil said.

EMTV understood that these were serious allegations being laid against the BPNG Governor and approached Mr Bakani for a response.

In an email to EMTV, the Governor said, “No response to any wild allegations. I’m not accountable to him to respond to his allegations”.

Basil’s scathing remark comes after the Central Bank Governor told political candidates to leave the affairs of the economy for the bank to handle.

Basil’s outburst also comes when the Prime Minister, Peter O’Neill assured the country on FM100’s talkback show that the economy was doing well according to international reviews and called on the opposition to come out with policies.

” We do want to play petty politics,” O’Neill responded.

The elections have brought out the best and also at times the worst in campaign rhetoric.

Sitting MPs and candidates have been going after the People’s National Congress coalition at times calling out senior bureaucrats with allegations which for the most part are unverified.

EMTV understands that it is elections and at times those in the political arena attack each other openly in the media. But, with less than a month till the end of campaigning- it’s the people that will decide who forms government and makes decisions for the country.