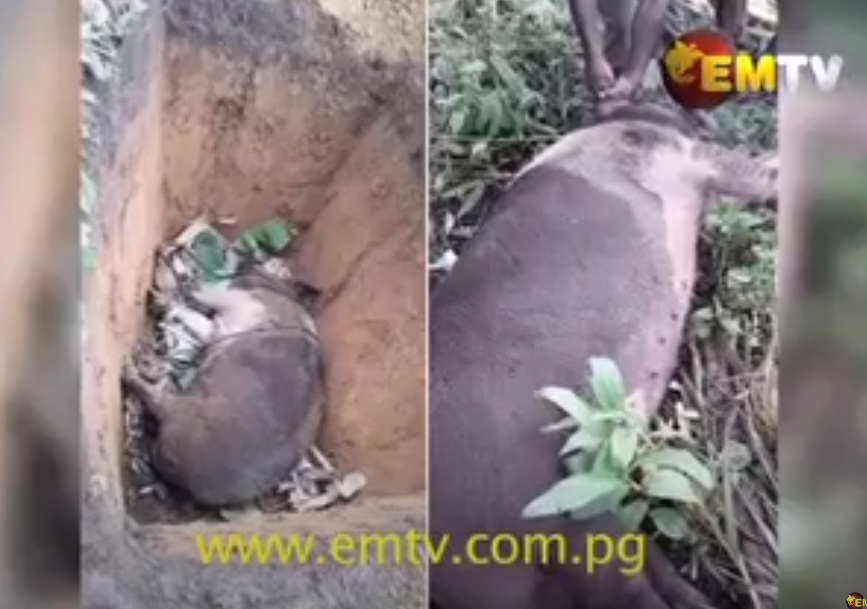 The National Agriculture and Quarantine Inspection Authority is hoping that with its new media awareness campaign, Papua New Guinea pig farmers across the country and in rural areas, can be able to assist in containing the outbreak of African Swine Fever.

In April this year, alarming reports began to surface that thousands of pigs had died in the highlands region, as a result of African Swine Fever.  The earliest reported detection had been in March 2019 in the Southern Highlands Province.

Containment had been difficult at first, with livestock movement between the provinces due to their cultural and economic significance.

NAQIA with a number of key stakeholders, including the Department of Agriculture and Livestock, and donor agencies worked both on and off the field in an effort to control its spread.

Part of that collaboration, saw the launch of a communications response package – with a focus on educating pig farmers across the country on the impacts and welfare of pigs, with the rural audience being targeted.

Severe cases of the disease can result in death within a 2-10 day period from the time of infection. Signs may include loss of appetite, depression, redness of the skin of the ears, abdomen, and legs, respiratory distress, vomiting, bleeding from the nose or rectum and sometimes diarrhoea. Abortion may be the first event seen in an outbreak. There is no vaccine or cure for African Swine Fever.

To date, all successful eradication programs have involved the rapid diagnosis, slaughter and disposal of all animals on infected premises, thorough cleaning and disinfection, disinsectisation, movement controls and surveillance.

The agriculture and livestock industry will be particularly hit hard by the impact of African Swine Fever.  The country’s agro industry is already waging other battles against other diseases that are affecting major cash crops.

Of concern have been the coffee berry borer, a larval infection that creates rot in young coffee beans, and also the cocoa pod borer, both of which have the potential to have a devastating implication on the agricultural export industry of the country.

NAQIA is quite mindful of these impacts.

The Pacific Horticultural and Agricultural Access Market program, or PHAMA which is an Australian government funded initiative, has been in close consultation with NAQIA, providing much needed technical assistance.

Assistant Counsellor, Economics, Edward Wilkinson attached with Australia’s DFAT,  says getting vital information out to the masses is crucial in the containment and eventual eradication of ASF.

Australia’s concern is understandable. Our nearest neighbours have a $5.3bn industry to protect, which provides formal employment for thousands of people.

Globally, upwards of 800 million pigs have died as a result of African Swine Fever, with China, the major pigs farming nation, acutely affected.