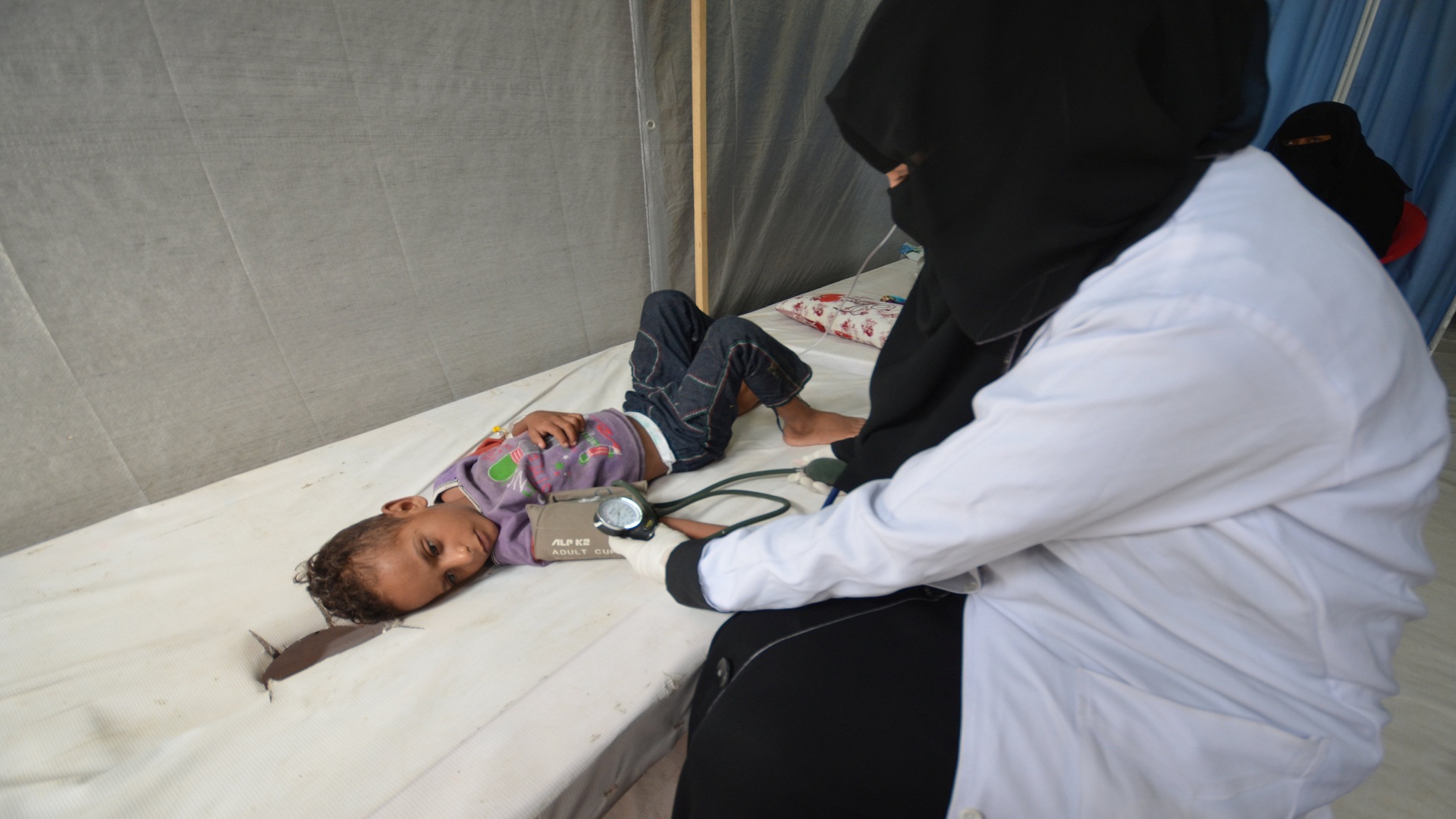 Image: A nurse attends to a boy infected with cholera at a hospital in the Red Sea port city of Hodeidah, Yemen May 14, 2017. REUTERS/Abduljabbar Zeyad

DUBAI (Reuters) – Officials in the Yemeni capital of Sanaa, controlled by the armed Houthi movement, declared a state of emergency on Sunday after an outbreak of cholera, which has killed dozens of people.

Yemen’s health ministry called on humanitarian organizations and other aid donors to help it deal with the epidemic and avert an “unprecedented disaster”. The health system, severely degraded by more than two years of war that also displaced millions, cannot cope, the state news agency, Saba, said.

Yemen is reeling from conflict between Houthi rebels, aligned with Iran, and a Western-backed, Saudi-led coalition. More than 10,000 people have been killed, mostly by almost-daily air strikes, since the fighting began.

Only a few medical facilities are still functioning and two-thirds of the population are without access to safe drinking water, the United Nations has said. A epidemic late last year faded but outbreaks of cholera are becoming more frequent.

The diarrheal disease has killed 51 people since April 27, the World Health Organization said on Thursday, and 2,752 people are suspected cases. Fifty eight more cases have been confirmed.

Sanaa has been worst hit by the outbreaks, followed by the surround province of Amanat al-Semah, WHO data has shown. Cases have also been reported in other major cities including Hodeidah, Taiz and Aden.

WHO said that 7.6 million people live in areas at high risk of cholera transmission.

Some 17 million of Yemen’s 26 million people lack sufficient food and at least three million malnourished children are in “grave peril”, the U.N. has said.