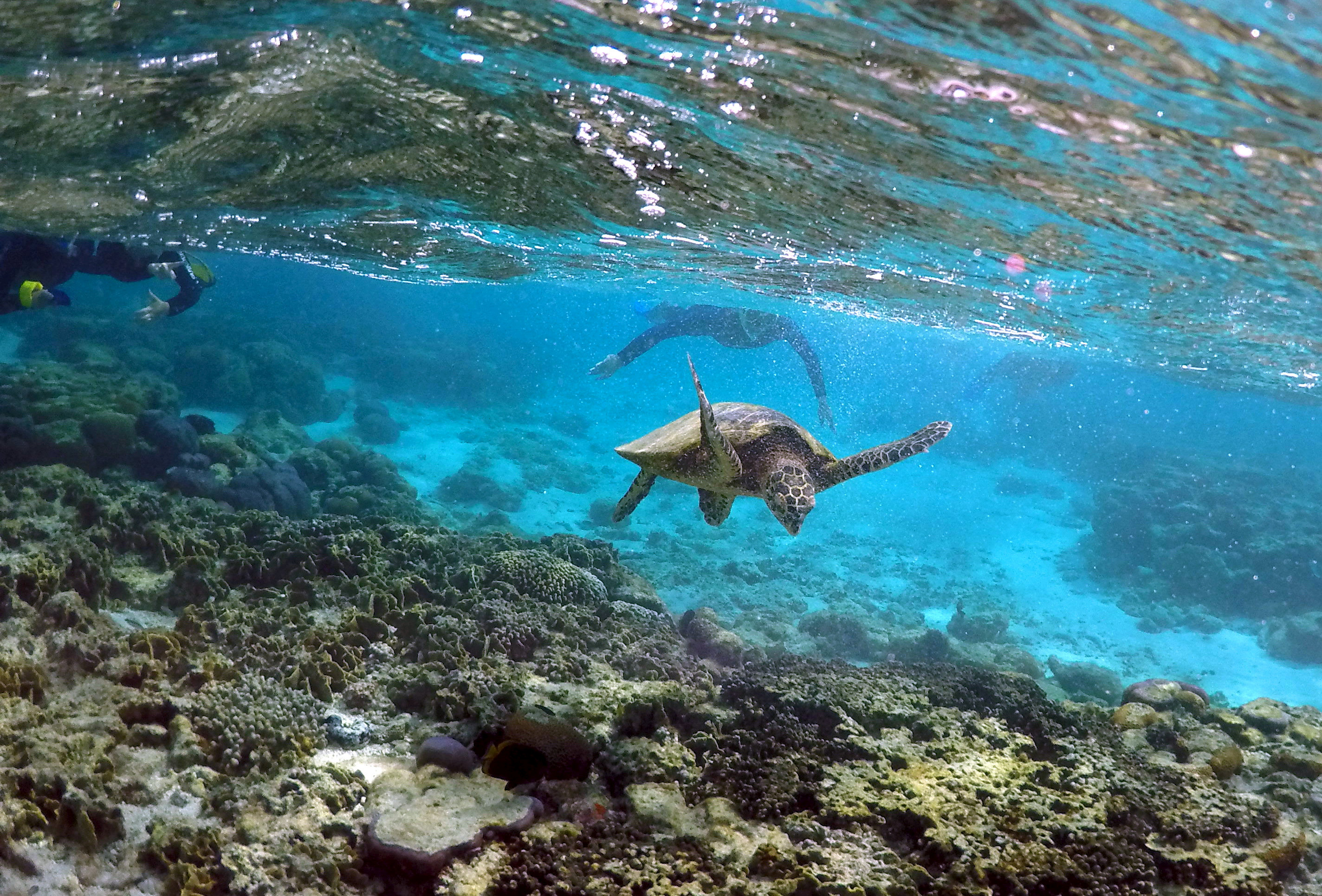 FILE PHOTO: Tourists snorkel near a turtle as it looks for food amongst the coral in the lagoon at Lady Elliot Island north-east of the town of Bundaberg in Queensland, Australia, June 9, 2015. REUTERS/David Gray/File Photo

(Reuters) – Rising temperatures at Australia’s Great Barrier Reef are causing more green turtles to be born female, which could lead to the species dying out, a new scientific study has found.

As the gender of green turtles is determined by temperature, the hotter weather caused by climate change induces warmer incubations of eggs, and that has led to a greater number of female hatchlings.

The study published last week revealed that more than 99 percent of the juvenile and sub adult population on the northern part of the reef are female, and 69 percent are female on the southern reef.

The two populations are genetically distinct.

“That really rings alarm bells for the long-term survival of those northern green turtle population.”

Scientists conduct turtle sampling in the Howick group of islands on the Great Barrier Reef, Australia, in this handout photo dated August 19, 2014. WWF Australia/Handout via REUTERS

The study was carried out by the National Oceanic and Atmospheric Administration, California State University, and Worldwide Fund for Nature (WWF) Australia.

The Queensland Department of Environment and Heritage Protection have been testing various measures to lower the temperature of the sand, where the turtles lay their eggs.

“Protecting some of the big breeding males from threats like nets and bycatch is going to be really important going on into the future as well,” said O’Gorman.

The Great Barrier Reef, covering 348,000 square km (134,000 square miles), was listed as a World Heritage site in 1981 as the most extensive and spectacular coral reef ecosystem on the planet.