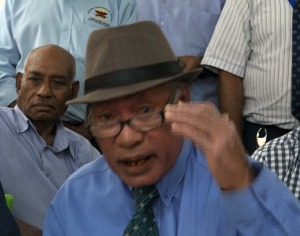 The Council of Public Sector Unions (COPSU) has called on the government to pay the K2.1 billion outstanding superannuation payments, or face the consequences of public servants leaving their offices.

The meeting that consisted of nearly all public servants associations asked the national government to meet with them to address the issue at hand.

Peter Toga, General Secretary of Public Employee Association, said that there were a total of 54,000 members under COPSU but will call on all public servants that total 95,000 employees to leave work if the government does not address the issue.

The council said that after their meeting they have recognised the fact that Nambawan Super, as of this year, will stop paying out superannuation.

The union said that Nambawan Super and the government are liable to these actions because it is, by law, a requirement that public servants must be paid their superannuation.

Ugwalubu Moana, General Secretary of PNG Teachers Association, said that so many public servants have already passed away, waiting for the government’s commitment for the services they have provided to the nation. And now, no superannuation being paid out at all would be an insult to public servants.

The Council of Public Sector Unions is currently trying to arrange a meeting with the Prime Minister, Peter O’Neill, to have the issue addressed as soon as possible.

EMTV News contacted the Prime Minster’s office to get a comment, but no response has been received.