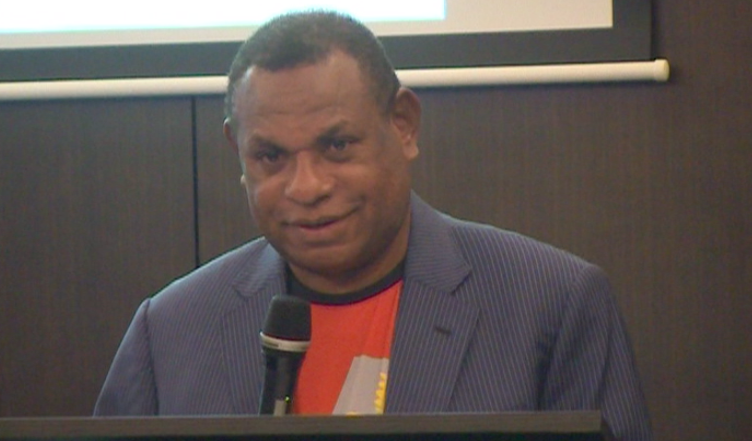 Opposition Leader, Don Polye, says Treasurer, Patrick Pruaitch, and National Alliance are as much to blame for the state of Papua New Guinea’s economy.

The lone Opposition leader today said that the Opposition had been warning the country of the unstable country and that Treasurer, Patrick Pruaitch, is only repeating what the opposition has been saying.

He also said, come parliamentary sitting tomorrow, the Opposition want nothing to do with National Alliance and the party leader Patrick Pruaitch.

Polye acknowledged that Pruaitch was brave enough to admit it, but questioned why now, when he could have revealed this three years ago.

Polye said while he may have revealed the truth; he did not give an alternative on how he and National Alliance would save the country. He said the people of PNG now know the truth.

They can blame the government only for the economy issue we are facing today. I think Government did right things especially talking about delivering service to the people of this country unlike previous government, not for their’ individual gains, but politicians today know that elections are around the corner and now a days are taking this as their fighting tool just to destroy this governments delivery of services to the people and they want to get in to the power for next parliament after the election. We the people of this county are not stupids, we know exactly what you politicians are doing and what you guys are talking about. We can blame government of Peter O’Neill if they (O’Neill government) only has stolen money and use them for their own private business or what so ever, otherwise, if the government had borrowed and use the money for the service delivery why should we blame this government unlike other previous government who don’t deliver service to the people. We must be proud of what this government had done for the last few years to this nation in terms of service delivery just at the door step and when you compare this with pervious government I don’t think you would agree. I don’t see and hear any of our public servant or any individuals complaining to the government why their pays are not been paid or been delayed? it is always from you politicians and I’m sure this is always are politics just to gain favour of you party to form next government…Tru tru mi tok!