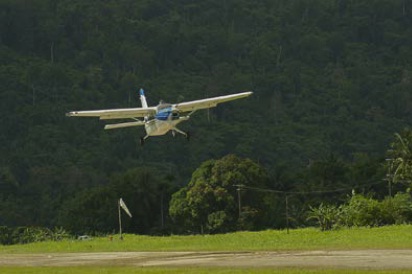 Shares in oil and gas producer Oil Search rose over three per cent after it signed five licensing agreements with gas giant Total to operate in Papua New Guinea (PNG).

The deal, which has been in the pipeline for the past six months, also pushed shares in partner Kina Petroleum almost seven per cent higher.

It means Total and Oil Search will hold equal interests in each of the five licences in the onshore and offshore Gulf of Papua New Guinea region of PNG.

Total's senior vice president of exploration and production in the Asia-Pacific, Jean-Marie Guillermou, said the acquisition represented an opportunity for Total to enter upstream search and recovery processes in the resource-rich Papua New Guinea.

“We are convinced that our partnership with Oil Search, a well-established oil and gas player in this country, is a very positive foundation for our future success in this venture,” Mr Guillermou said.

The deal reinforced Total's exploration portfolio in the foothills and carbonates plays, and was in line with the company's strategy of strengthening its presence in the Asia Pacific, particularly in the gas and LNG sectors.

Sydney-based Oil Search said the focus of the transaction was to explore and develop the prospective offshore gulf and eastern forelands area.

The completion of the transaction would mark the first entry of Total Exploration and Production into PNG, but it is conditional on approval from the PNG Minister for Petroleum and Energy.

Total, Oil Search and Kina Petroleum will share an interest in some of the licences.

Oil Search's managing director Peter Botten said his company would continue as the operator, supplemented by expertise from Total.

“In the event of exploration and appraisal success that leads to an LNG project, Total would develop and operate the downstream facilities of any development,” he said.

The transaction was the culmination of a bid selection process with international oil and gas players.

State One analyst Peter Kopetz said Oil Search would be happy to have a major partner to de-risk the project, while Total now had access to an exciting frontier.

“They'll be pretty happy with the arrangement.”

Oil Search flagged the move about six months ago and had now gone with the best business case, he said.

The company said an offshore drilling program would start in the first quarter of 2013.