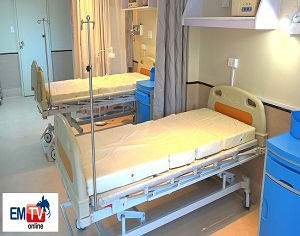 The Paradise Private Hospital is undergoing improvements to its facilities to cater for its growing client base.

Now 100 per cent nationally owned, the hospital has been in operation for over 35 years and recently celebrated its first anniversary as a PNG owned and managed private hospital.

The Paradise Private Hospital is undergoing refurbishments aimed at improving its facilities and services. With work progressing at a favourable rate, the hospital is expecting to have all work completed in the coming months.

The hospital is currently managed by Dr Robin Sios and his wife, Janet Sios.

Dr Sios says that the hospital’s client base is largely made up of local families, who have remained loyal to the hospital over the last 35 years of its operations.

Discussions Between JICA, NCDC and CEPA on Phase 2 of J-PRISM