Image: Lava advances along a street near a fissure in Leilani Estates, on Kilauea Volcano’s lower East Rift Zone, Hawaii, the U.S., May 5, 2018. U.S. Geological Survey/Handout via REUTERS

By Karin Stanton and Terray Sylvester

PAHOA, Hawaii (Reuters) – Hawaiians forced to flee repeated eruptions of the Kilauea volcano, which has already destroyed 26 homes as it spews rivers of lava and fountains of toxic gases into residential areas, were allowed to make a quick visits home on Sunday to rescue pets, medication and other essentials.

More lava fissures and vents opened overnight in the Leilani Estates area, where lava leapt up to 230 feet (70 meters) into the air but no new explosions were reported on Sunday from Kilauea, the state’s most active volcano.

So far no fatalities or major injuries have been reported from the volcano, which began erupting on Thursday but at least 26 homes have been destroyed, according to the Hawaii County Civil Defense Agency. 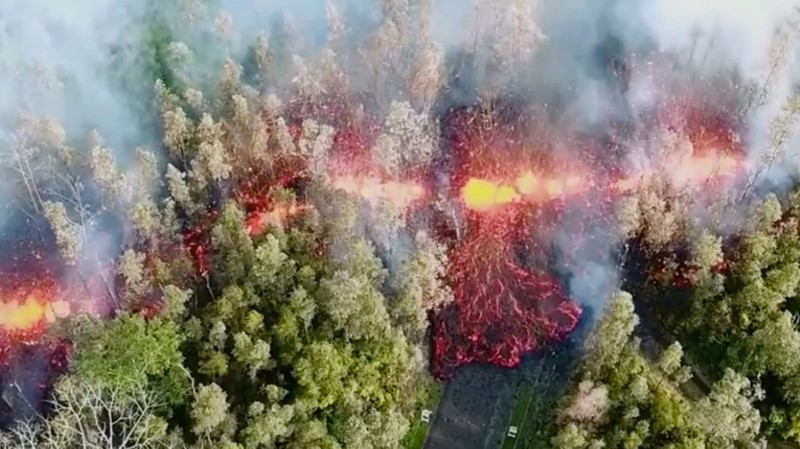 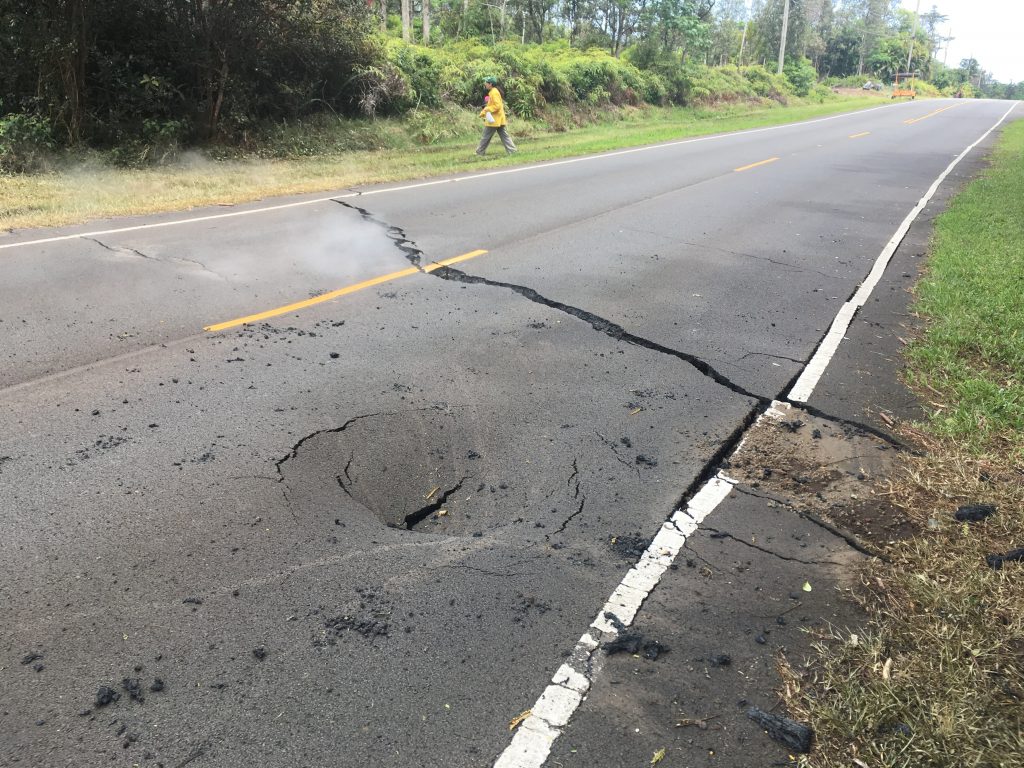 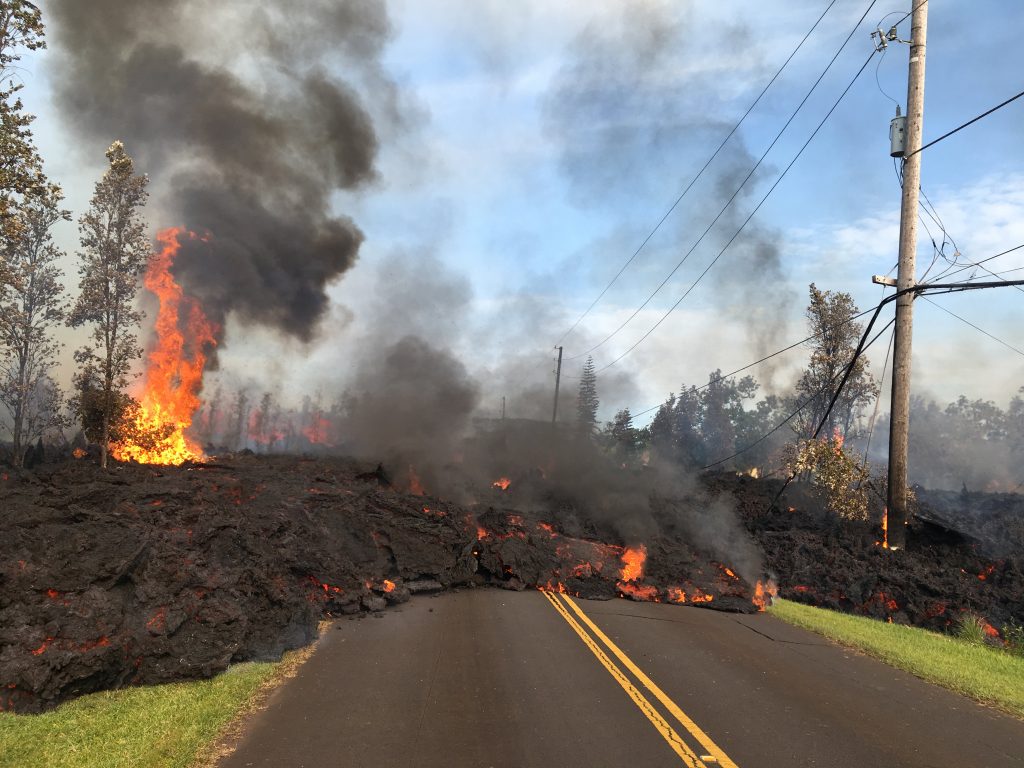 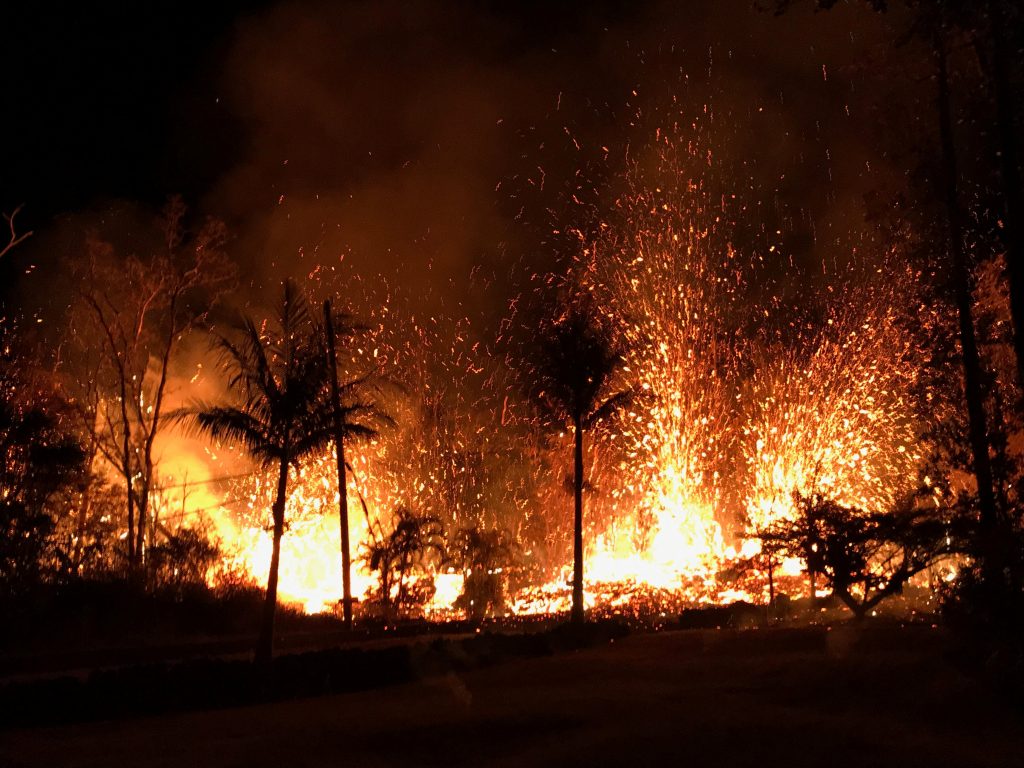 “As a realtor, I can tell you that people move here thinking it’s paradise, and what they learn is that it’s something different,” said Jessica Gauthier, 47, who sells properties and manages vacation rentals on the Big Island.

“It’s a beautiful place to live, but it’s not for the faint of heart,” Gauthier said.

With an apparent lull in the action on Sunday, some of the nearly 2,000 people forced to evacuate their homes when the eruptions began were allowed to return during a 10-hour window, although some neighborhoods remained off-limits due to dangerous volcanic gasses.

“This is not the time for sightseeing,” the civil defense agency said on social media, urging others to stay away from the community about a dozen miles (19 km) from where the Kilauea volcano erupted on Thursday.

The southeast corner of the island was rocked by a powerful magnitude 6.9 earthquake on the volcano’s south flank on Friday, the strongest tremor since 1975, and more earthquakes and eruptions were forecast, perhaps for months to come.

Although no significant lava flows have yet formed, additional outbreaks of lava, which can reach temperatures of about 2,100 degrees Fahrenheit (1,150 Celsius), were expected.

The rest of the island and state were conducting business as usual with no impact to flights to tourism centers, state officials said.

“The area where lava is coming to the surface is very far from resort areas,” said George Szigeti, president and CEO of the Hawaii Tourism Authority.

“Now we are just trying to make plans for the future,” she said. “There is no telling when or if we’ll ever be able to go back in.”

U.S. Representative Tulsi Gabbard of Hawaii, a Democrat, called on federal officials to quickly respond to needs such as short- and long-term housing and infrastructure repairs.

Kilauea, one of the world’s most active volcanoes and one of five on the island, has been in constant eruption for 35 years. It predominantly erupts basaltic lava in effusive eruptions that mostly flow into the ocean but occasionally experiences explosive eruptions.

Ombudsman Commission: Supreme Court Reference to be filed over validity of PMMR Act 2017