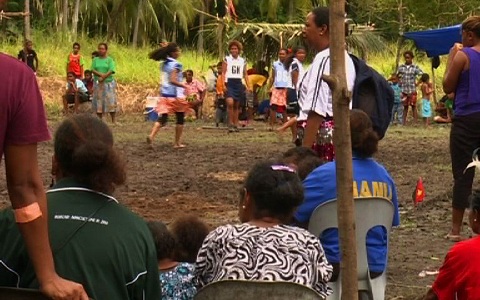 Nestled on the plains of the Owen Stanley Ranges, Galomarubu Village in the Rigo district of Central Province, for the first time hosted its own Easter Games.

The hosting of the first ever Games, attracted many, all geared up for the event.

It kicked off with a big bang with Netball and Soccer the two codes beign played with a total 28 teams competing and over 70 trophies being awarded.

Young people have dominated the games, but it has been the elders that were entertaining the spectators.

The tournament was an initiative organized and sponsored by local woman, Tracey Kila.

Its aim was to dissuade youths away from negative attitudes and form a support network amongst the women-folk of the village, Most of whom are struggling to make a living.

Pastor Garo had conducted a service and crusade prior to the commencement of the sports and said, that while Easter was a time off from the rigors of work, people should not forget its real reason.