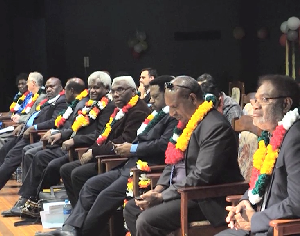 Tabar said such occasion allows for better planning and coordination by all agents to establish a way forward for the next 40 years.

Conference Chairlady, Dr Kelep Malpo, said teachers have been the human resource of the country but their welfares have seen a decline over the years.

Dr Malpo said paper discussions are important to put forward with more collaboration from all stakeholders to create a pathway and establish a more suitable education reform and system for the country.

Participants from all over the country attended both from the private and public sector including retired teachers, former education administrators, school principals, members of parliament and the public.