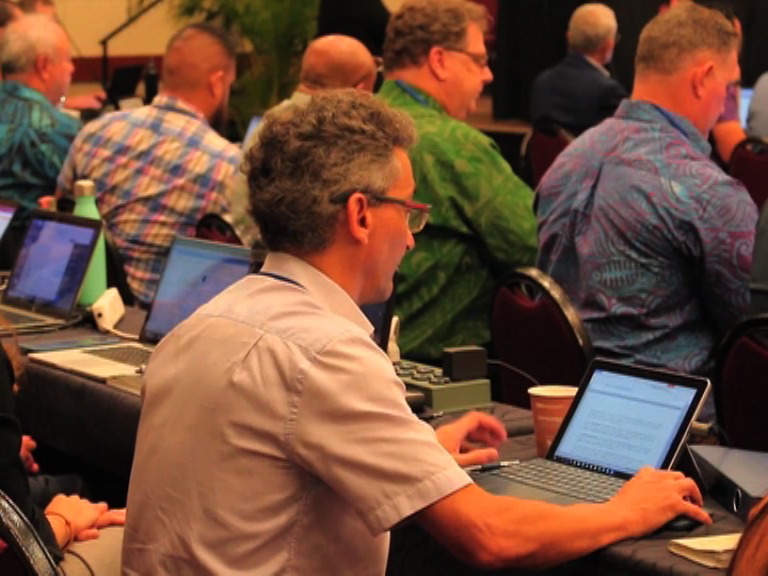 Honolulu 10 December 2018 — Delegates from around the Pacific region are gathered in Honolulu, Hawaii, to discuss Tuna for the 15th Western and Central Pacific Fisheries Commission.

Returning to Hawaii, 18 years after the Western and Central Pacific Convention was adopted and opened for signature; Commission member countries, observers and other intergovernmental agencies will, over the coming days, deliberate on new tuna measures as well as improve on existing ones.

There are a number of key agendas that the commission has prioritized including setting a target reference point for South Pacific albacore, adopting a new and effective compliance monitoring scheme, deliberating on harvest strategy development.

Representing Papua New Guinea at the commission is Head of Delegation, Noan Parkop who outlined the outcomes that will work for the best interest of the country’s fishery.

He stated that the key priorities for PNG at this point are the harvest control rules and the review of the existing measure on Tropical Tuna.

For PNG, the most important fishery is the skipjack fishery and implications, which are not in favor of the country’s development aspirations.