TIPNG on State Agencies in Addressing Corruption Complaints from Public

Advocacy and Legal Advice Centre Coordinator, Samson Kandata said, “The statistics from the ALAC Complaints Database paint a clear picture that individual state agencies will have to take the lead to address corruption as the leading sector that received complaints was general Public Administration/Services.”
This was followed by police, education, land and property and Natural resources.

Lack of transparency and mismanagement of funds are the two most common corrupt practices reported by clients to ALAC in the last 6 months. In December last year (2018), statistics collected over a 2-year period by ALAC, showed lack of transparency and conflicts were the two most common corrupt practices reported, with the sectors receiving the most complaints being Public Administration and Land and property. It also revealed that women, youths, the illiterate and the rural population have not been able to report corruption, showing that over 70 per cent of complainants were men, with over 60% aged between 40-45 years old.

The numbers have changed in the last six months revealing that over 70 per cent of complainants still remain as male but over 50 per cent are aged between 25-39.

Mr. Kandata said, “This means our approach to the nation about corruption is a bit different…” 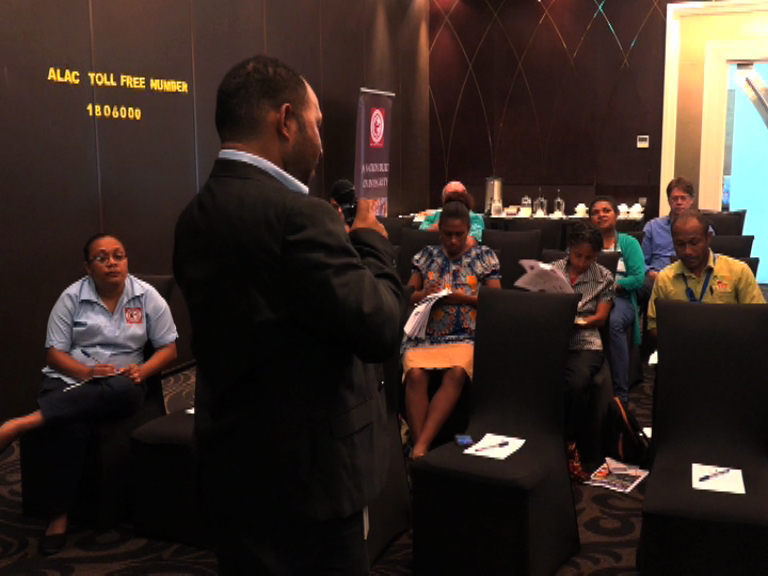 ALAC is a public service offered by TIPNG for victims and witnesses of corruption to seek free and confidential legal advice and has been in operation since 2010.

“Bear in mind that the 2 acts most frequently complained about by the public…. Lack of Transparency and Mismanagement of Public Funds. This is why TIPNG reiterates its call for the enacting of an Access to Information Law and the need for state agencies to ensure they have a corporate anti-corruption plan in line with the National Anti-Corruption Strategy 2010-2030.” Mr, Kandata said.

TIPNG is calling on state agencies at the national level to partner with them and create internal policies on corruption and pass key legislations to address it. At the provincial level, establish sub-national corruption complaint mechanisms and at the local level, to run public legal clinics.

“As TIPNG is not a constitutionally mandated body, the ALAC service cannot investigate arrest or prosecute alleged perpetrators of corruption, but rather the service provides explanations of the law, drafting of legal documents and referral to partner agencies, such as the Ombudsman Commission or the Office of the Public Prosecutor who can act,” Kandata said.

ALAC is part of a global program in at least 60 countries that have a local chapter of Transparency International.

To report corruption, there is a free ALAC hotline number: 180 6000 that can be called during office hours from any phone in the country.