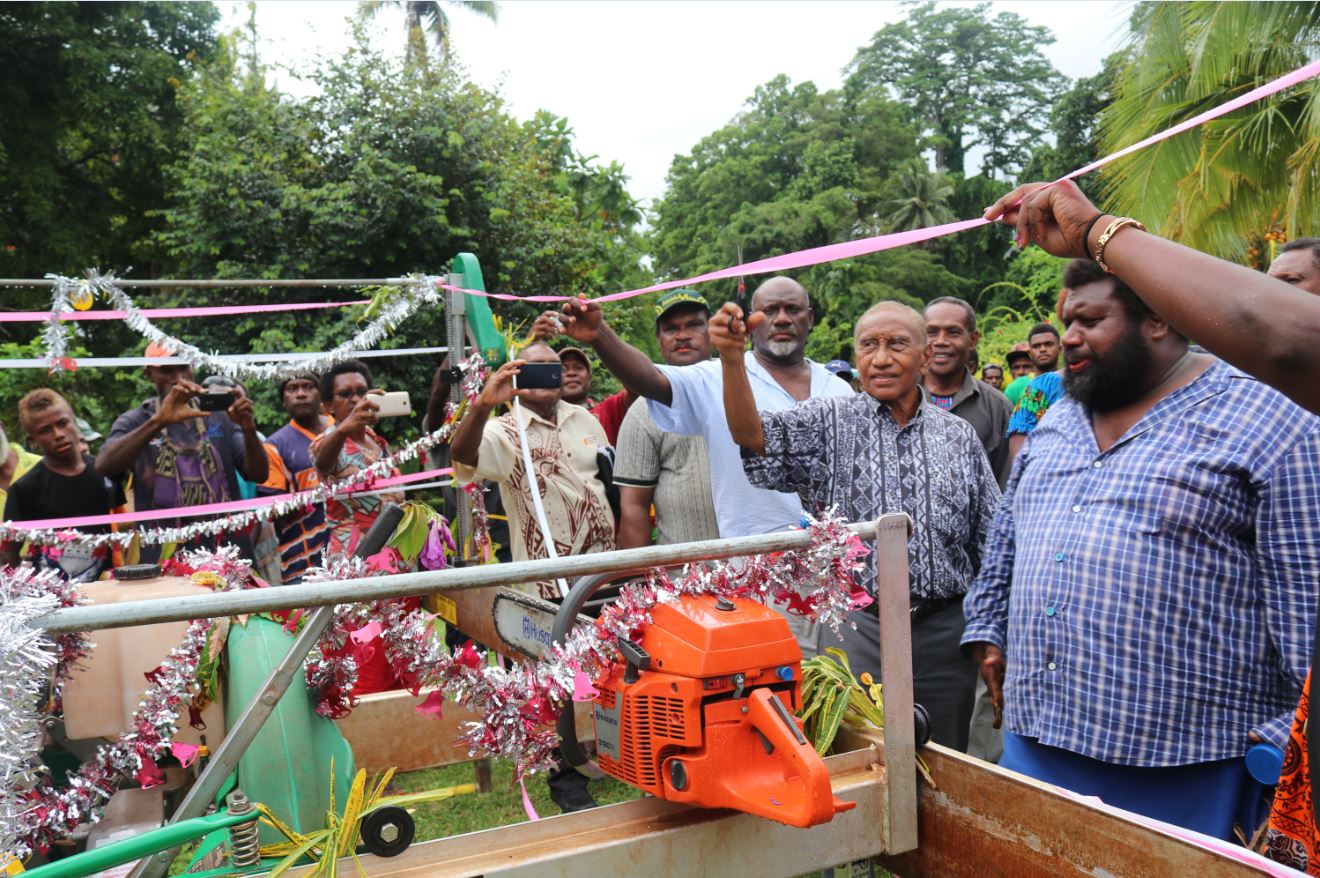 He issued a stern warning that if they continue to allow foreigners to exploit their rainforests, then their future generations will have nothing left.

Sir Julius was speaking during the launch of timber mills under his government’s ward level subsidy program at four separate venues starting at Malom in the Central LLG on Thursday, 7th February, and at Muliama, Samo and Lipek in the Matalai LLG, Namatanai district on Saturday, the 9th of February.

“My Government is giving you this sawmill to help you build your homes and communities but you have given away all your good timber! Do you know how long it takes to grow one tree? Over 100 years! They are older then you and I! But you have chosen to sell them cheaply to the Malaysian and Chinese contractors,” expressed Sir J.

Sir J said he did not want the Lihir syndrome spread to other parts of New Ireland where the people have become so reliant on the cash economy instead of working the land.

“People have become complacent and unhealthy eating a foreign diet, they can no longer toil the land because the type of food they eat imported from the outside. Your fore fathers developed this place out of nothing, they had nothing but they worked their guts out to get us this far, they are the pioneers.”

CEO for Government subsidy Mactil Bais said since April 2018 a total of 30 timber mills complete with chainsaws and winches worth K1.3 million have been delivered to 30 council wards with the southernmost Konoagil LLG, getting the largest order of ten timber mills having also the largest remaining tracts of natural forest resources in New Ireland.

The launch of the Sawmills compliments other subsidy policies including roof over heads, Solar power, Free and subsidized education, Old Aged and Disabled pension, Wheel Barrow and Bicycle subsidy. A wholesome and holistic capture of the overall human development objectives.

Two other locally initiated projects were also launched at Muliama on the grounds of the Tasukolak limited company which is owned and operated by locals. They included a fishing project that will house a National Fisheries office and the launching of newly purchased road machinery. Chairman Amos Daniels said the landowner company wants to be partners in development with the New Ireland Government and has expressed their interest to become road contractors of the East Coast road leading to the Konoagil LLG.

Sir J assured Tasukolak Directors that the Government will work with them and to commence building the road from Muliama with K 3million allocated in 2019. We will work with those who are ready to co-operate and help themselves.