Image: Pope Francis arrives on the pope mobile for a prayer vigil with youth at the Soamandrakizay Mess site in Antananarivo, Madagascar, September 7, 2019. REUTERS/Yara Nardi

ANTANANARIVO (Reuters) – Pope Francis said on Saturday rapid deforestation and the loss of biodiversity in individual countries should not be treated as local issues since they threaten the future of the planet.

Francis made his appeal on a visit to Madagascar, the world’s fourth-largest island, which research institutes and aid agencies say has lost about 44% of its forest over the past 60 years, abetted by illegal exports of rosewood and ebony.

Francis zeroed in on endemic corruption, linking it with persistent, long-term poverty as well as poaching and illegal exports of natural resources.

Addressing Madagascar’s president, Andry Rajoelina, his cabinet and other officials, Francis said some people were profiting from excessive deforestation and the associated loss of species.

“The deterioration of that biodiversity compromises the future of the country and of the earth, our common home,” he said.

“The last forests are menaced by forest fires, poaching, the unrestricted cutting down of valuable woodlands. Plant and animal biodiversity is endangered by contraband and illegal exportation,” Pope Francis said.

Jobs must be created for people whose livelihood harms the environment so they will not see it as their only means of survival, the pontiff added.

“There can be no true ecological approach or effective efforts to safeguard the environment without the attainment of a social justice capable of respecting the right to the common destination of the Earth’s goods, not only of present generations, but also of those yet to come,” he said. 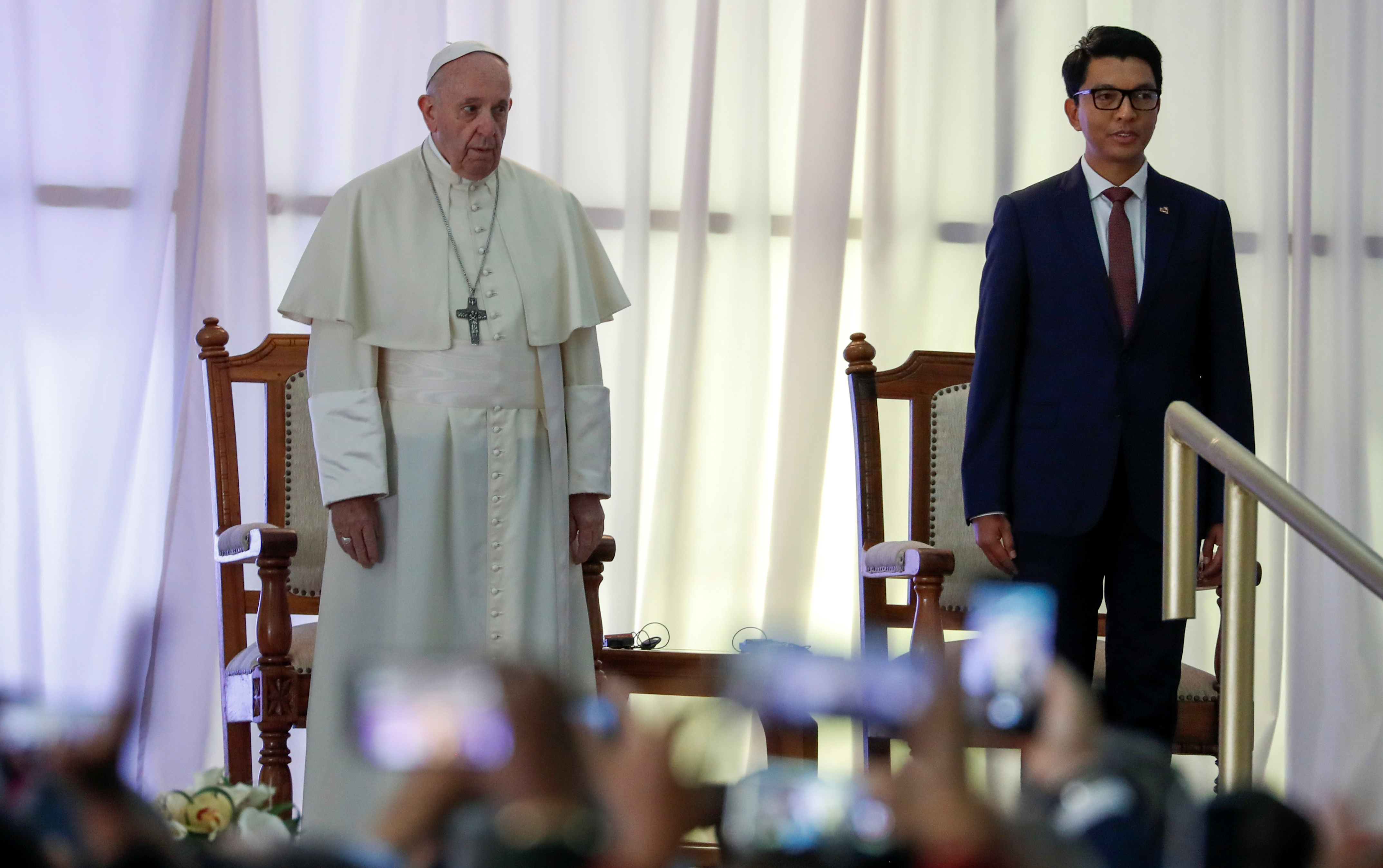 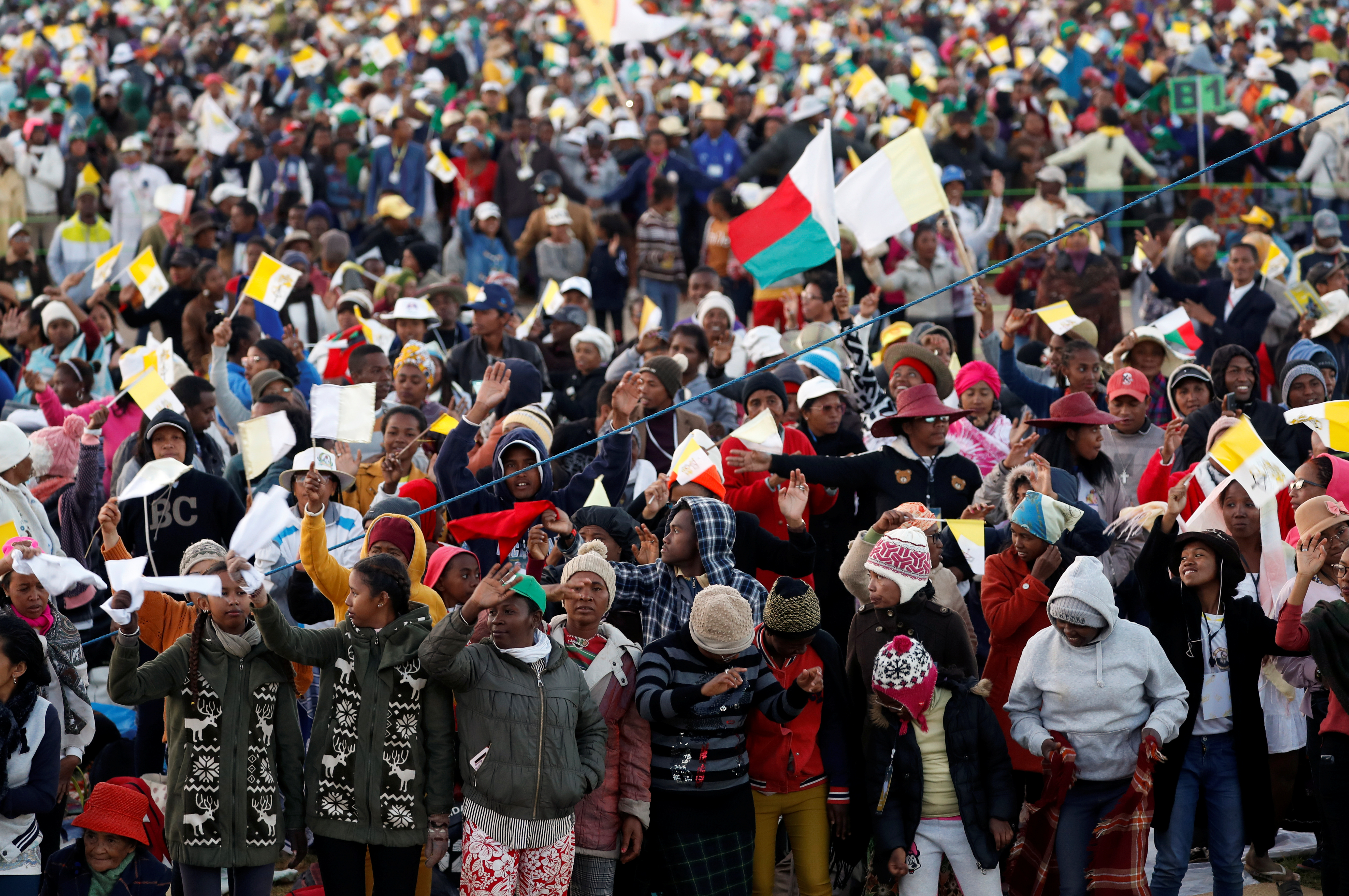 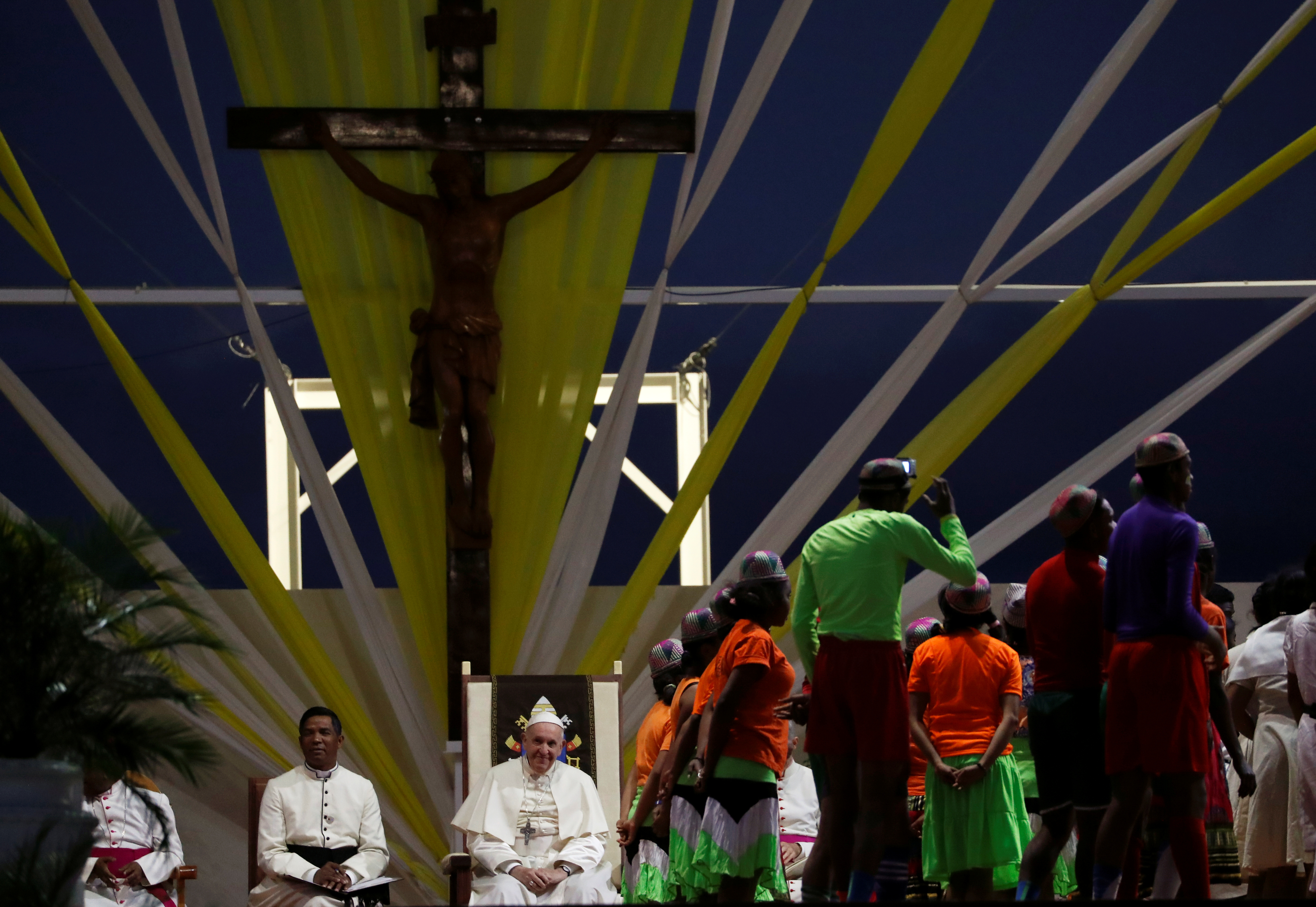 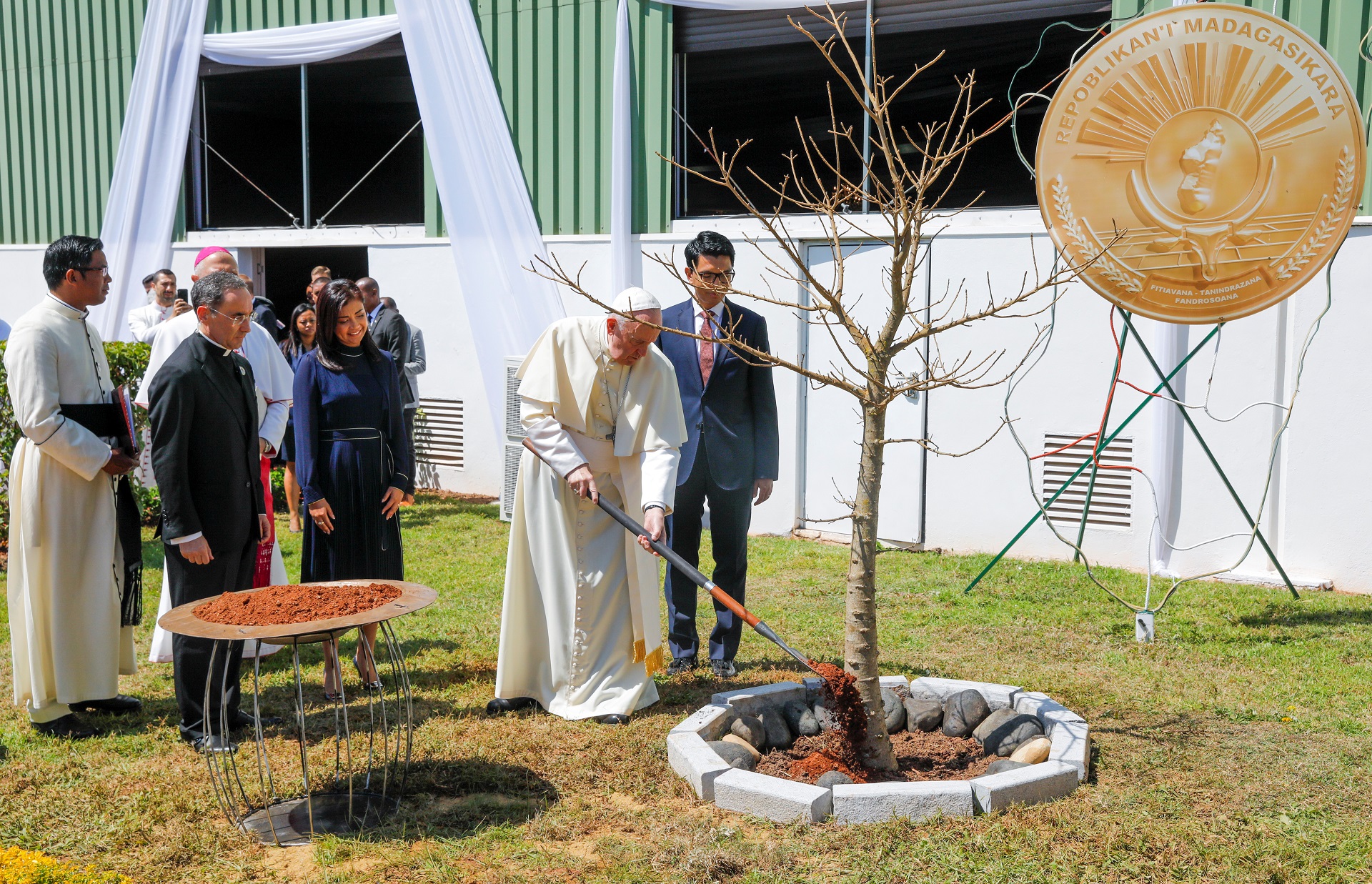 The Amazon fires have lent new urgency to Francis’s calls to protect nature, tackle climate change and promote sustainable development — all themes enshrined in his 2015 encyclical on environmental protection.

Madagascar is one of world’s poorest countries. The U.N. Nations World Food Program estimates that more than 90% of its population of 26 million live on less than $2 a day, with chronic child malnutrition widespread.

Francis urged the nation’s leaders “to fight with strength and determination all endemic forms of corruption and speculation that increase social disparity, and to confront the situations of great instability and exclusion that always create conditions of inhumane poverty”.

Conservation groups say that during Rajoelina’s first stint in power, his cash-strapped administration presided over a spike in deforestation to supply rosewood and ebony to China despite a national ban on such exports.

Environmental campaign group TRAFFIC estimates that at least one million rosewood logs have been illegally shipped from Madagascar since 2010.

As Asian supplies of valuable hardwoods including rosewood used to make luxury furniture have been depleted, Chinese importers have shifted to Africa, according to Chinese customs data cited by U.S.-based non-profit group Forest Trends.

Later on Saturday, Francis visited a convent of cloistered nuns and joked about the challenges of dealing with strict superiors.

In the evening, he addressed some 100,000 young people at a rally in a field on the outskirts of the capital, urging them to help bring social justice to their country.