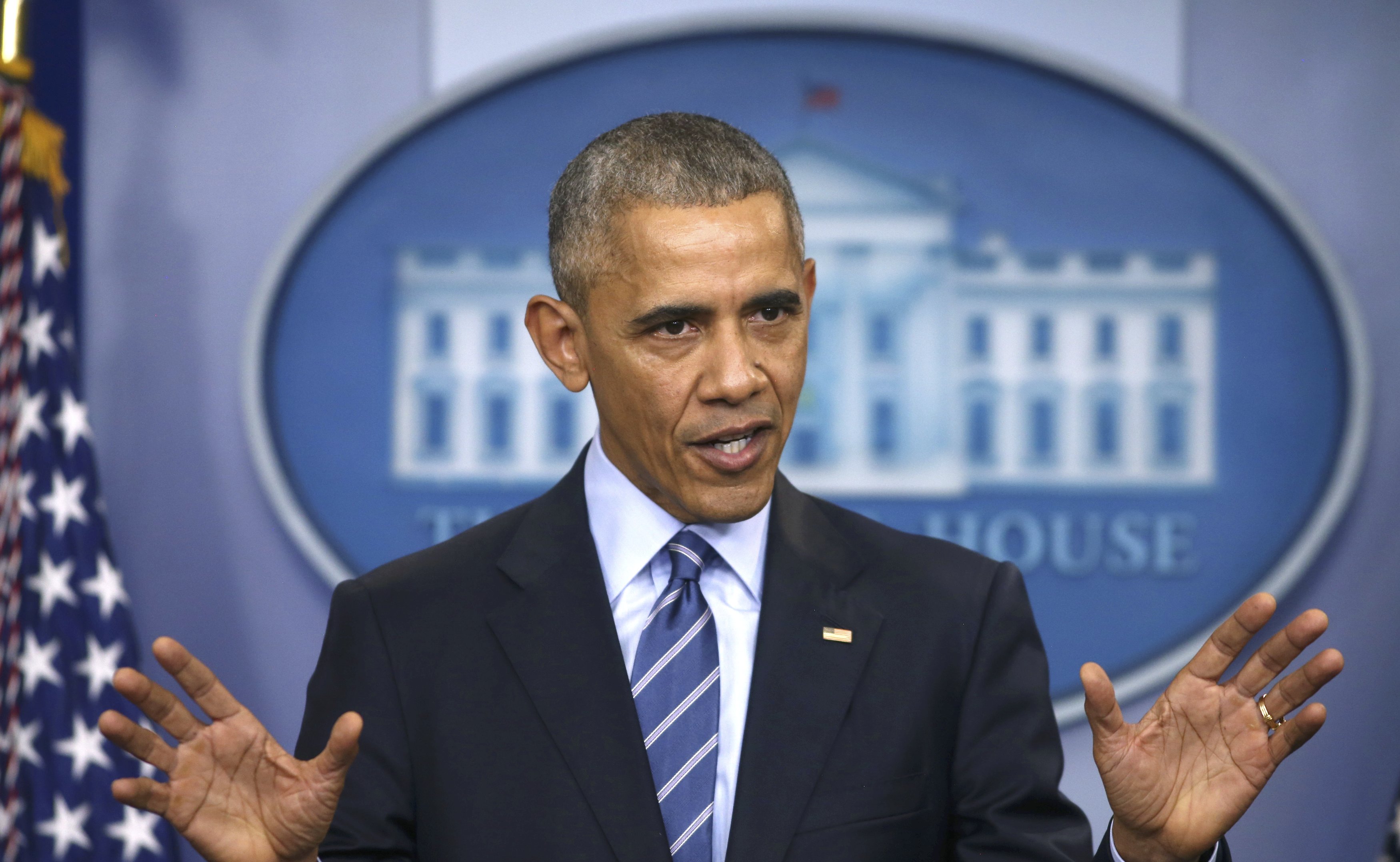 Image: U.S. President Barack Obama talks about cyber hacking during the U.S. presidential election as he holds his final news conference of the year at the White House in Washington, U.S., December 16, 2016. REUTERS/Carlos Barria

By Roberta Rampton and Jeff Mason

At a pre-Christmas press conference, Obama levelled a fierce attack against Russia, calling it a smaller and weaker country than the United States that “does not produce anything that others want to buy, except oil and gas and arms.”

His remark underscored what Obama called the “sadly deteriorated” relationship between Washington and Moscow, which are also at odds over the civil war in Syria.

Asked whether Putin was personally involved in the hacks, Obama said: “This happened at the highest levels of the Russian government” and that “not much happens in Russia without Vladimir Putin.”

But Obama fell short of directly blaming Putin and added that he also wanted to give U.S. intelligence officials more time to produce a report that is due before he leaves office on Jan. 20 and Trump is sworn in as his successor.

He said: “The intelligence I’ve seen gives me great confidence that the Russians carried out this hack; the hack of the DNC (Democratic National Committee) and the hack of John Podesta,” who was the top campaign aide to Democratic presidential candidate Hillary Clinton.

Obama said he warned Putin in September to stop meddling in American political campaigns, telling his Russian counterpart to “cut it out” during a face-to-face encounter in China at a G20 meeting.

Russia has denied U.S. accusations that it hacked Democrats’ emails, news coverage of which distracted from Clinton’s campaign arguments and forced DNC Chairwoman Debbie Wasserman Schultz to resign in the summer.

The emails contained embarrassing tidbits, including exchanges between top aides to Clinton who were shocked about the extent of her use of a private server to write emails while secretary of state.

Russia was not the only difficult foreign policy issue Obama addressed before departing on the final vacation of his presidency to Hawaii.

While he said it was fine for Trump to take another look at the United States’ “one-China policy” toward Taiwan, he warned that a change in U.S. diplomatic stance would lead to consequences from Beijing.

Trump angered China when shortly after his election he took a congratulatory phone call from the leader of Taiwan.

Regarding the civil war in Syria, Obama voiced anguish at the suffering but defended his reluctance to become involved, saying a U.S. military intervention would have required the use of large numbers of American combat troops “without any international law mandate.”

Obama left open the door to U.S. retaliation against Russia to discourage it and other nations from further computer hacking.

The president also said that he hoped that Trump will be similarly concerned about Russia’s actions and that the investigation should not become “a political football” between Republicans and Democrats.

Trump has maintained that he won the election fairly and has bristled at suggestions that Moscow influenced the outcome. But at one point during the heated presidential campaign, he publicly encouraged Russia to hack Clinton’s emails.

The New York businessman spoke glowingly in the campaign about Putin and since winning the election has picked top aides in the incoming administration with ties to Russia.

While Obama said he has had constructive conversations with Trump since the election and has stressed that he would do everything he can to ensure a smooth transition, the outgoing president also criticized Trump’s fellow Republicans broadly.

Referencing polls showing that over one-third of Republicans approve of Putin, who has drawn U.S. ire for annexing Crimea and joining forces with Syria’s government, Obama said that conservative icon “Ronald Reagan would roll over in his grave.”

Dispute holds up evacuation from ‘hell’ of Aleppo

Argentina will be competitive without Messi, says Crespo