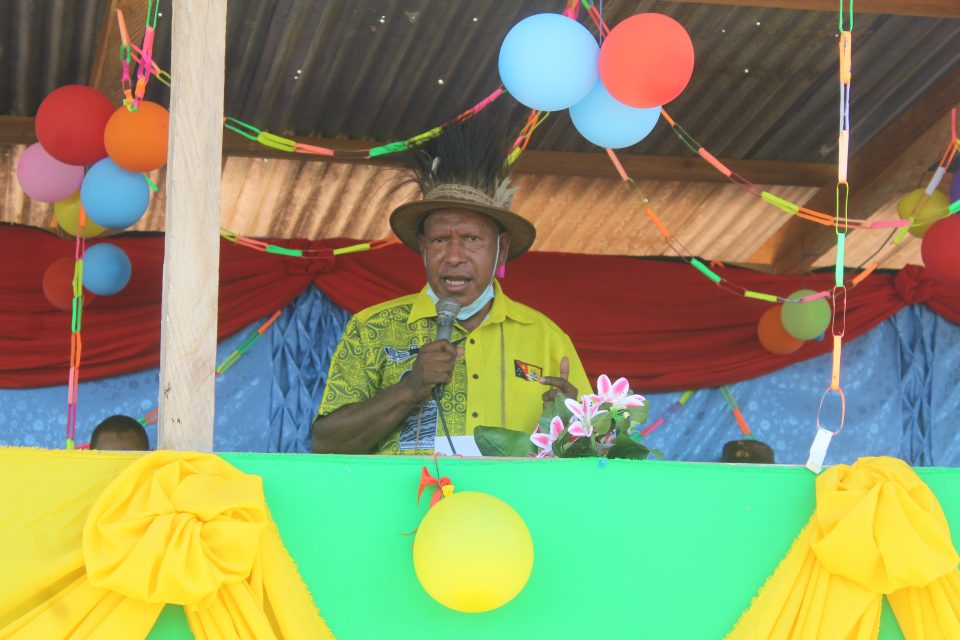 Some of the reasons why Western Province is not developed is due to lack of good leadership, no proper planning, mismanagement and inconsistent funding. These were the major development challenges being faced in the province.

However, failed actions of past political leaders have resulted in much needed services that were not delivered to rural communities within the province. This was revealed during the opening ceremony of two new double classrooms for Kukuzaba community school down Fly River on November 12th this year.

He said leaders in the three electorates should work together so that needs of the people are attended to accordingly.

He clarified that each year, the Fly River Provincial Government gives over K800,000.00 DSIP funds to three districts for development saying respective district leaders should work transparently to bring changes in rural villages within the district.

The administrator mentioned that Fly River Provincial Government’s five year (2017-2021) strategic plan is to see developments in the province.

These key pillars of strategic plan include Education, Health, Agribusiness and Enabling Infrastructures to ensure development services missed in past years are done for the betterment of people in Western Province.

The administrator further explained that financial constraints has been the major challenges for development and urged key stakeholders to work together for change in the future.