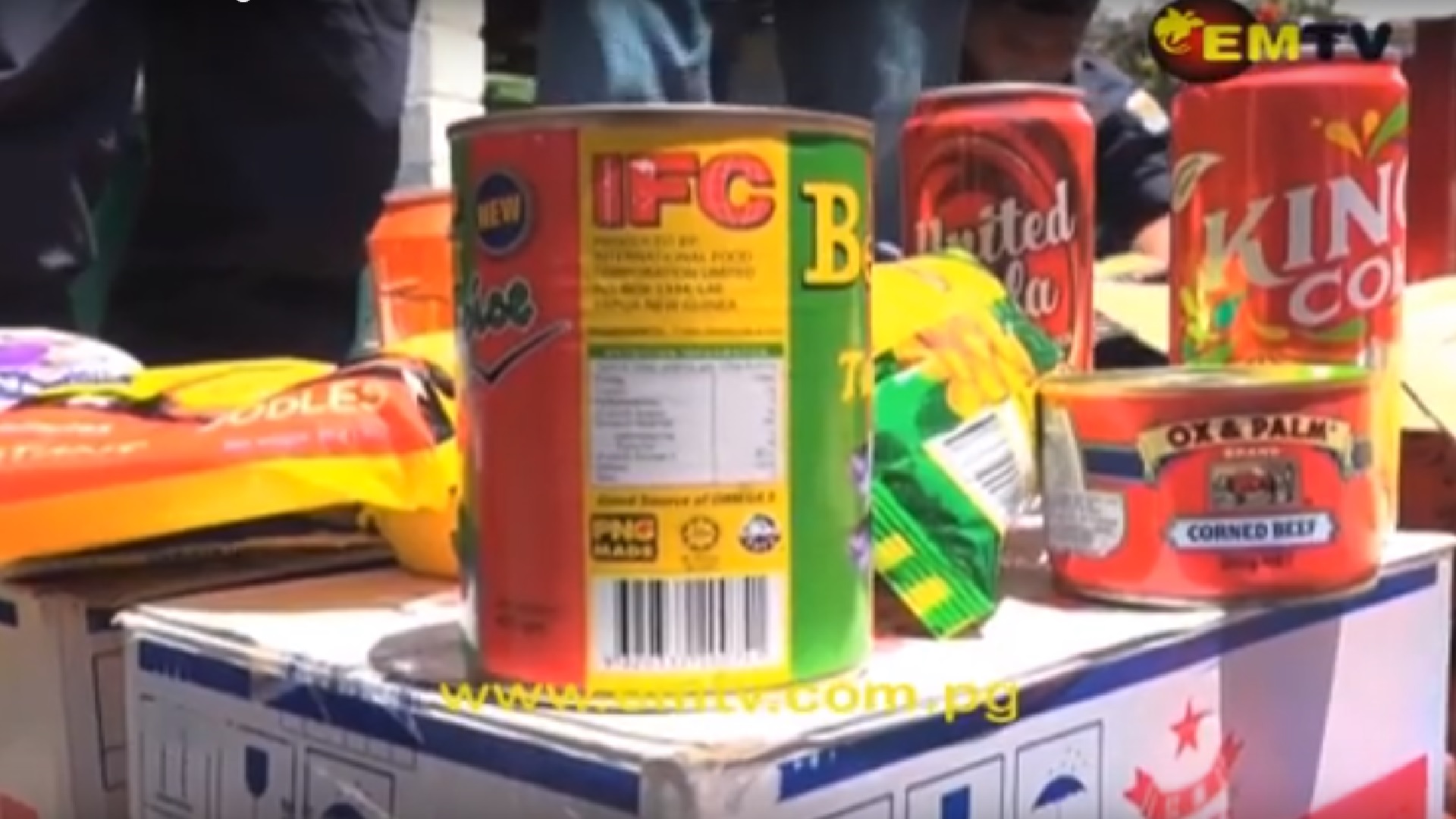 High-powered rifles and live ammunition were confiscated by police last Friday at a shopping centre in Goroka town.

The raid was conducted by Mt Hagen based Mobile Squads and Criminal Investigation Division or CID.

Telescope and sniper-guns, magnums and live ammunition were confiscated by police and taken to Mt Hagen for further investigation.

Turi said CID will investigate whether the guns and bullets were bought legally and if otherwise, then action will be taken.

Many of the goods were falsely labelled as ‘PNG Made’.

Some of the products were rusted tins of Ox&Palm and Tinned Fish, but the expiry dates were labelled 2022 and 2023.

PNG customs and other Government agencies were called in to assist with the raid, but none showed up.

Police also discovered bulk cash in Millions of Kina, stacked in noodles carton boxes inside their office and house.

A representative from the Bank of Papua New Guinea was also flown to Goroka, to identify the money and establish why they are being kept at home.

Aupa said almost every year, K3 Billion is wasted on illegal trading and this has to be stopped.

He told Sengda Management that it is by law for all the businesses in PNG to bank money to keep the cash flow system running.

However, Sengda Management argued that the money was from the weekend’s takings.

All the materials seized are with the Mt Hagen Police and CID for more investigation.